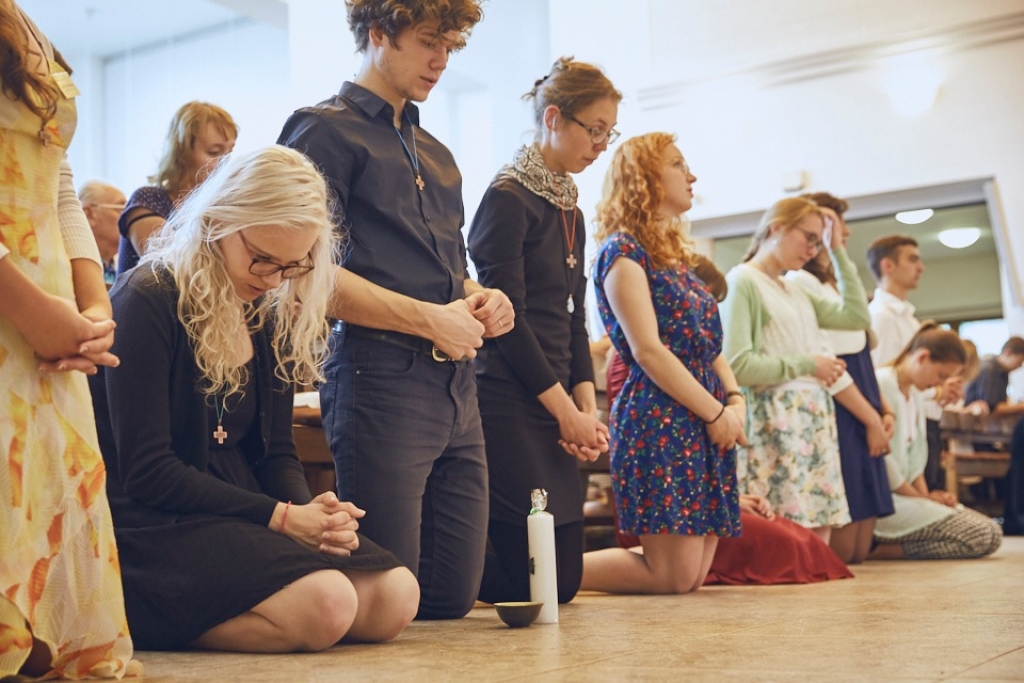 Prague, Czech Republic - June 2017 - On 17 and 18 June, in the Salesian Province of the Czech Republic (CEP), Fr Guillermo Basañes, General Councilor for the Missions, presided over the mission's sending of 20 young Salesian missionary volunteers belonging to the Provincial Association of Volunteers and Missionary Animation (SADBA). Most of the young people, all Czech, shall leave for a year's service in various countries; among them, two young spouses-to-be who, after their marriage, will go to Ciudad Juárez, Mexico. In the homily, Fr Basañes said that when God wants to change the world, he begins by calling us by name and changing our hearts. "Do not leave to change the world, but to let God change your hearts." At the celebration, there were a large number of young couples, former volunteers, and many children.