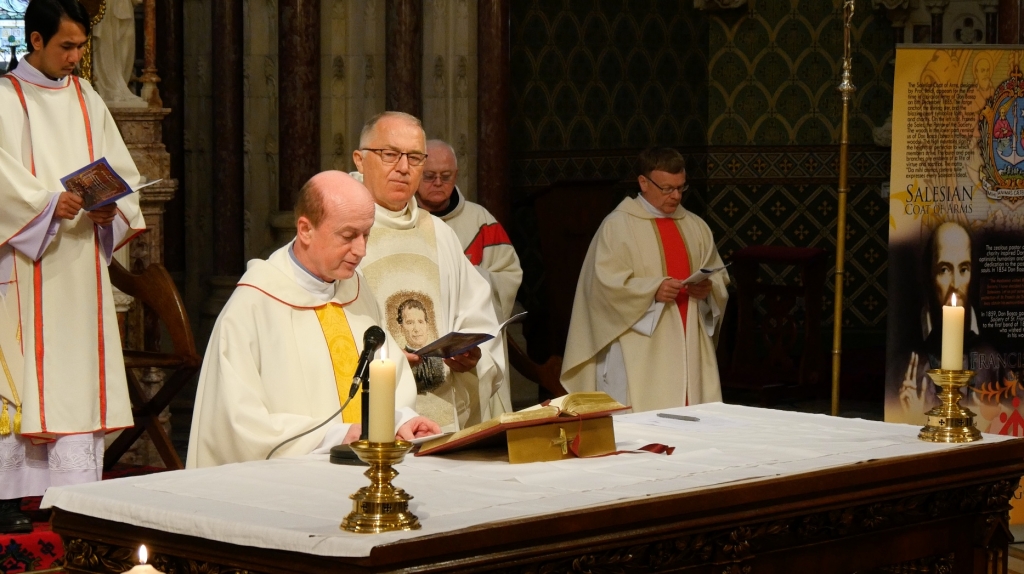 Maynooth, Ireland - August 6, 2017 - The Eucharist was celebrated in the neo-gothic chapel of the Saint Patrick Institute in Maynooth on August 6, during which Fr Eunan McDonnell, the new Superior of the Province of Ireland and Malta, took office. Presiding at the ritual, as representative of the Rector Major, was Fr Tadeusz Rozmus, Councilor for the Central and North Europe Region; circa 20 Salesians from Ireland, Malta, Poland and Swaziland as well as friends and members of the Salesian Family were also present.