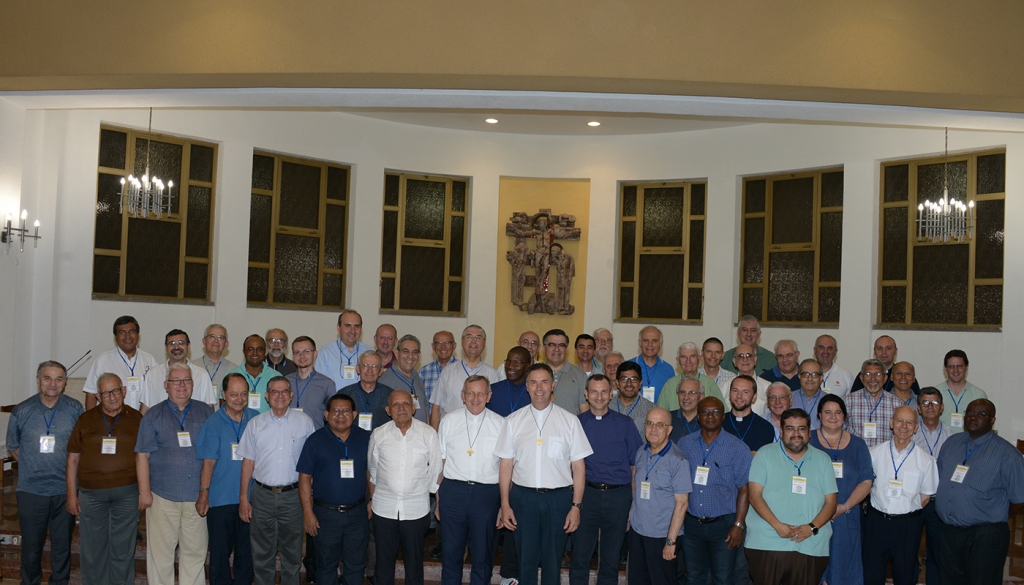 Rome, Italy - August 2017 - On Thursday, August 17, Rector Major, Fr. Ángel Fernández Artime, returned to the General House after the Team Visit to Hungary and following the celebratory events at Colle Don Bosco for the anniversary of Don Bosco's birth and the return of the stolen relic. In the evening he offered the Salesian "Good Night" to the participants of the Meeting of Provincial Secretaries, thanking them for their silent work and for the valuable service of accompaniment of the Provincials.