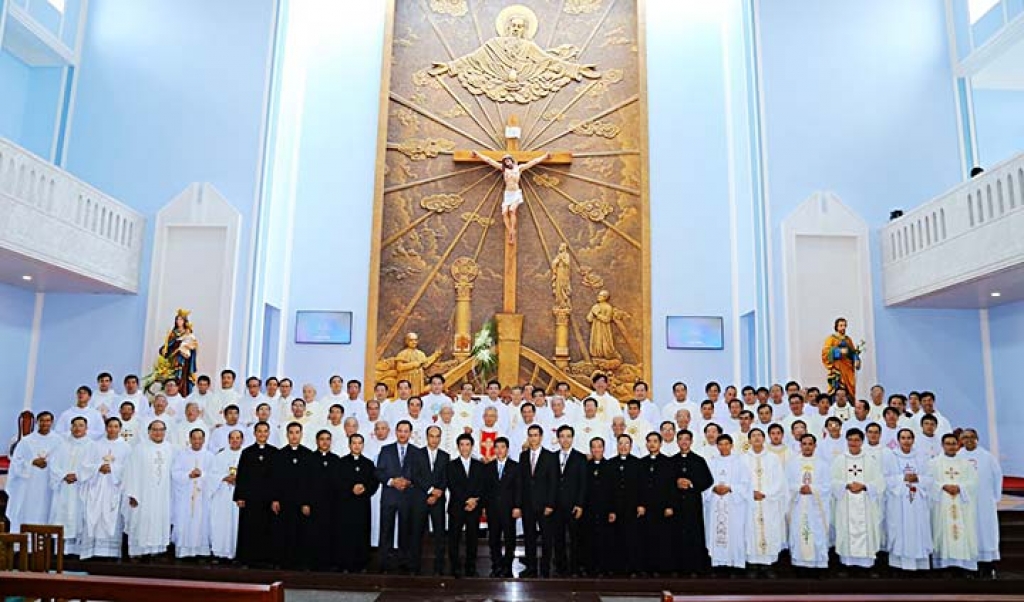 Ho Chi Minh City, Vietnam – August 2017 – On 14th of August, 23 new candidates were admitted to the second phase of Salesian formation when they start their spring time as Salesian novices. It was also this group who served the Mass of first profession religious vows of the 10 new Salesians. One day later, the solemn Feast of Mary’s Assumption into Heaven, 15th of August, more than one thousand people came for the Perpetual Profession Ceremony which took place in the newly constructed church of Xuan Hiep. Family members, friends and numerous priestly and brotherly Salesians enjoyed the atmosphere of devotion of 8 Salesian clerics and 6 Salesian brothers.