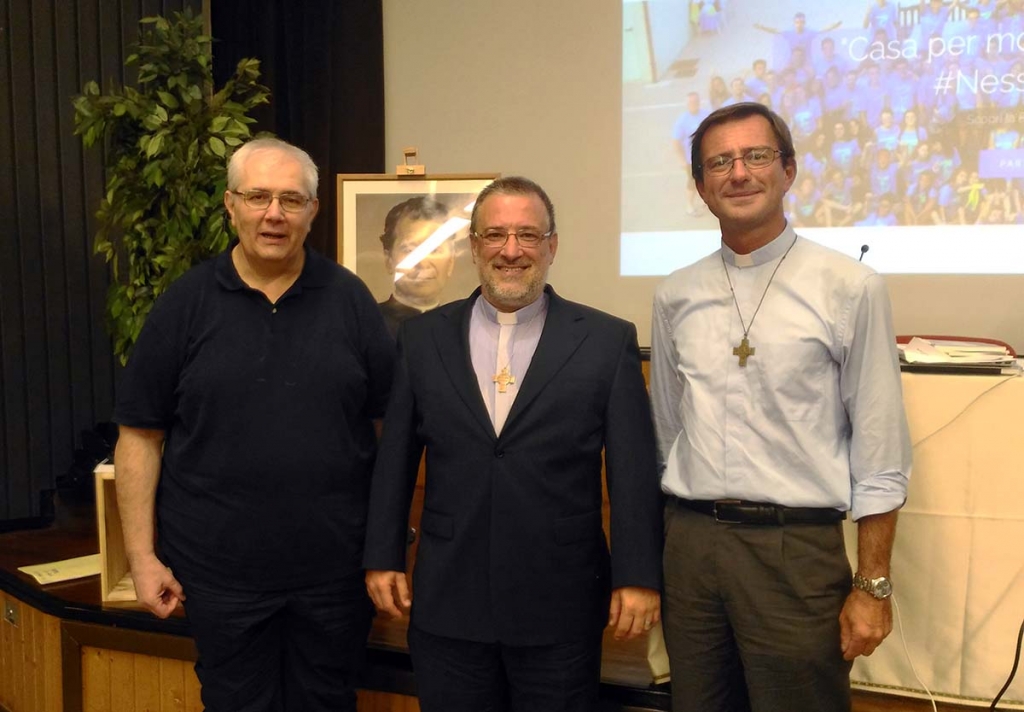 Milan, Italy - August 2017 - On August 28, the formal passage between Fr Claudio Cacioli and Fr Giuliano Giacomazzi as Provincial of Lombardy-Emilia (ILE) Province took place. The Salesians gathered in the provincial office in the morning in a spiritual retreat with the Councilor for the Mediterranean Region, Fr. Stefano Martoglio, who presided over the Holy Mass in which Fr. Giacomazzi professed his oath and officially assumed his post. In the afternoon the new Provincial addressed the Salesians in his first speech with guidelines for his six-year term. Also presented, the new Delegate for Youth Ministry, Fr Paolo Caiani, already in charge of Missionary Animation.