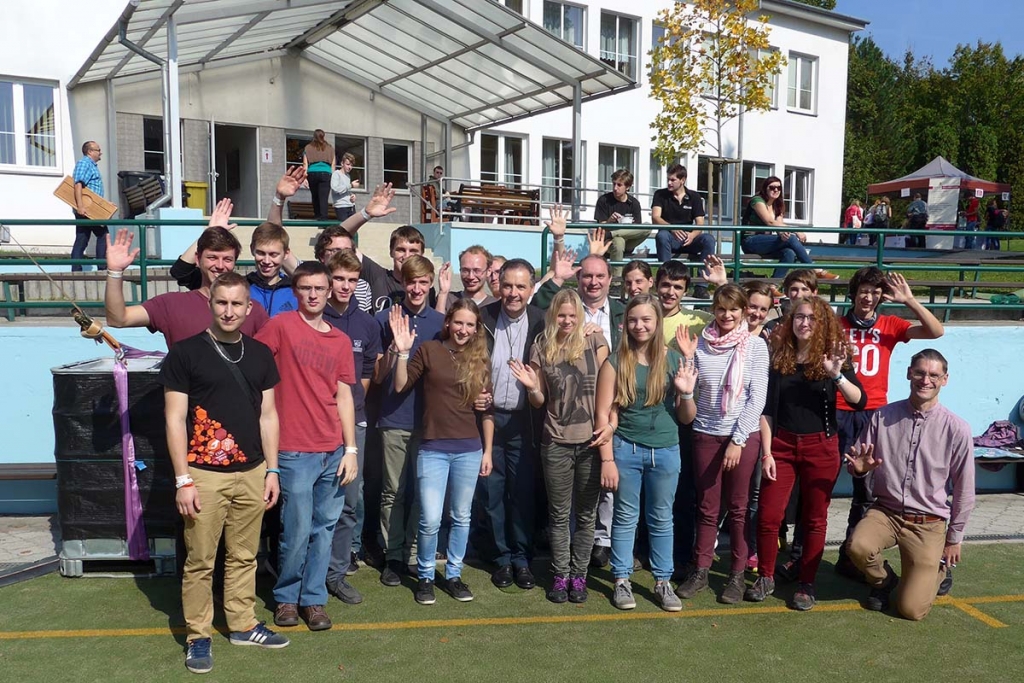 Brno, Czech Republic - September 2017 - On 28 September, St. Wenceslas Day, the Rector Major, Fr Ángel Fernández Artime, chaired the celebrations in Brno for the 90th anniversary of the Salesian Czech Province, which was attended by 500 young people. In a festive atmosphere, with dances, performances and greeting from the oldest Bohemian Salesian (103 years), Fr Á.F. Artime encouraged the young to a Christian life in what is a highly secular and secularizing context, and to live a life full of enthusiasm and generosity to others, especially to those who are weakest, to migrants and to the marginalized. Later, during the Eucharistic celebration, the Rector Major also received the perpetual profession of two Czech Salesians, Jan Fojtu and Jakub Svanda.