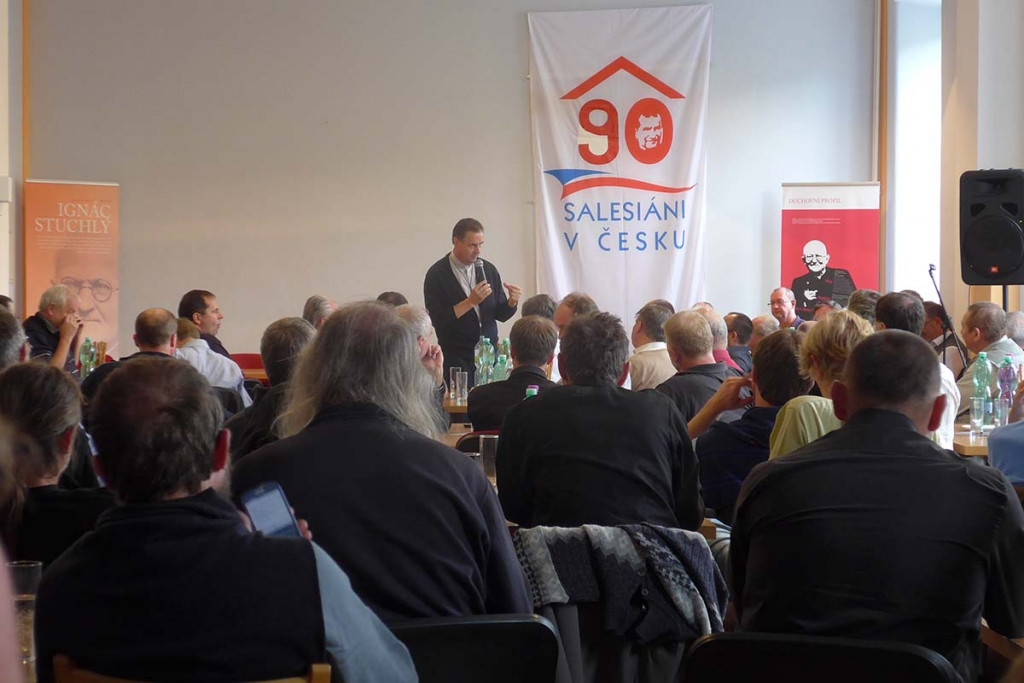 Frystak, Czech Republic - September 2017 - The visit of the Rector Major to the Czech Republic ended on September 29 at Frystak, at the Mother House of the Salesians, where the sons of Don Bosco first arrived 90 years ago. There, Fr Ángel Fernandez Artime met the directors of the Salesian Houses, as well as the Salesians of the Province, the Salesian Family and the Daughters of Mary Help of Christians. After the Rector Major's speech and subsequent sharing, the Eucharistic celebration took place, during which Fr Á.F. Artime emphasized the importance of fidelity to the Salesian Family and Don Bosco's charism. He also praised the work among the poorest of the young, and said, "Do not be afraid to take new steps in the future!"