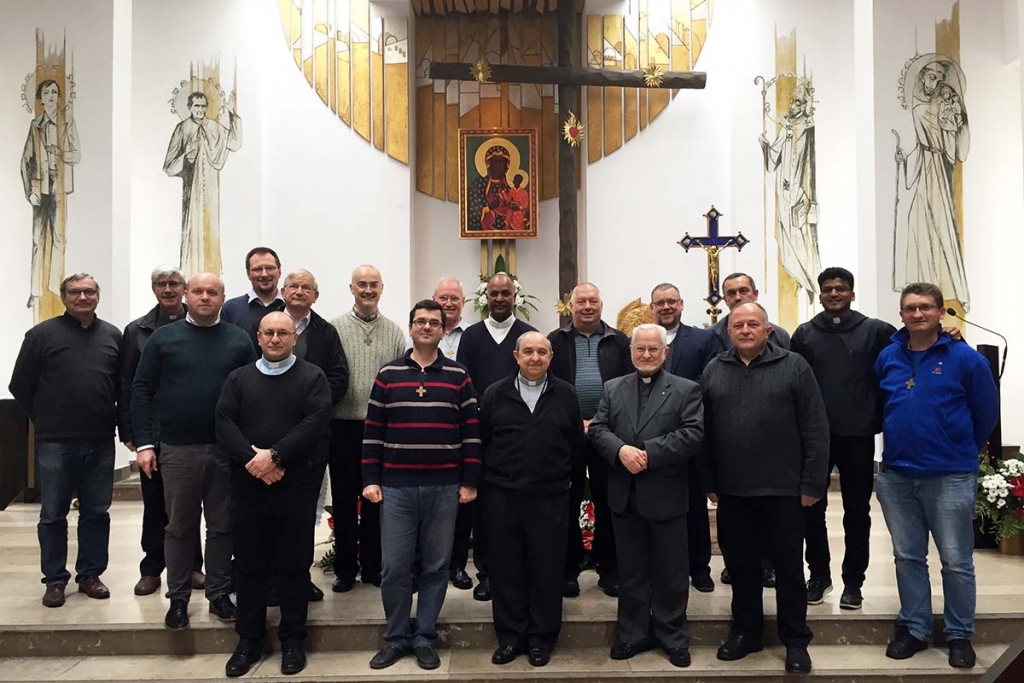 Krakow, Poland - October 2017 - Provincials for the Salesian Family (FS) of the Central and Northern Europe Region convened from 5 to 8 October at the Salesian Seminary in Krakow in a meeting which gathered approximately 20 delegates alongside Fr Eusebio Muñoz, Delegate of the Rector Major for the Salesian Family, and his team. The meeting was opened by Fr Tadeusz Rozmus, Councilor for Central and North Europe Region, who launched his Extraordinary Visit to the Cracow Province at the seminar. In the homily, Fr Rozmus spoke of the quality of life, the wealth and importance of Salesian charism, which manifests itself in different lifestyles, and of service in and to the Salesian Family. During the meeting, SF groups from various countries and provinces shared their current state of affairs, situations which underscored the great, beautiful and complex realities of each context, but also the difficulties faced. Finally, there were debates and discussions on the current state and the vision of various Salesian Family groups, and the roles and responsibilities of the Salesians.