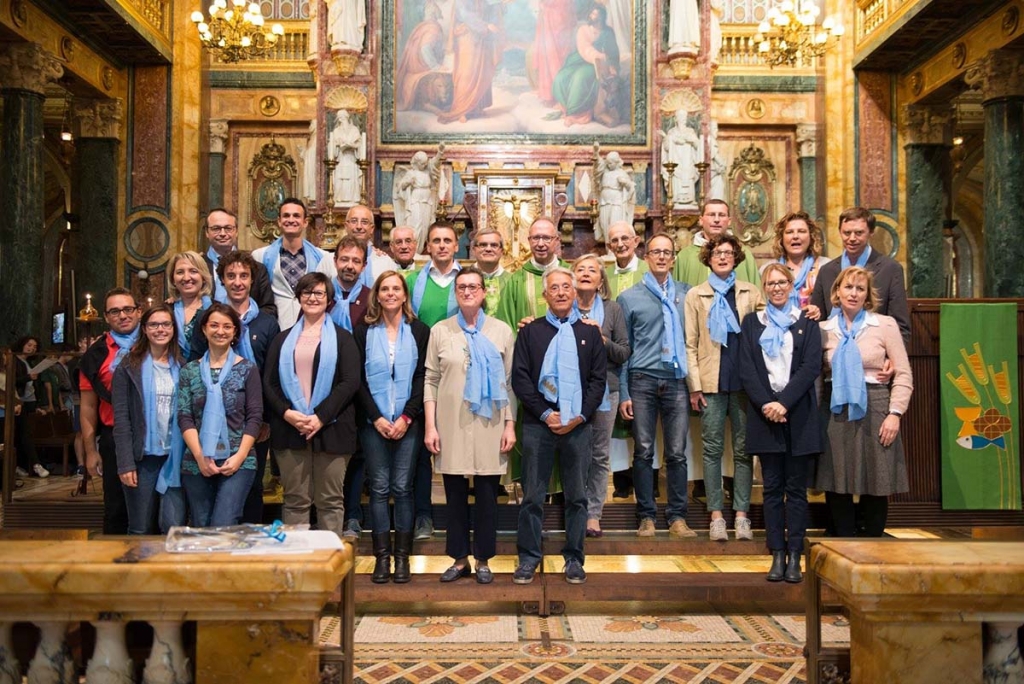 Turin, Italy - October 2017 - On October 15, Turin's ADMA Primaria celebrated the XXVII Marian Day celebrated with groups, including those from Lombardy. Before some 300 people, Maria Rita Scrimeri, Salesian Cooperator, presented the Message of Fatima in this centenary year of apparitions, with special emphasis on the implications for families. The meeting included time for prayer and meditation on the formation session. Some ADMA youth shared their paths to membership, while two spouses gave their testimony of faith. In the afternoon, in the sanctuary of Mary Help of Christians, after the communion of the Rosary, the solemn Eucharist was held, presided by Fr Enrico Stasi, Provincial of the Piedmont - Val d'Aosta Circumscription. During the celebration, 20 people from ADMA Primaria (18) and Arese (2) became members of the Association. Elections of the New Council of ADMA Primaria were also held, and will be constituted on Sunday, 29 October.