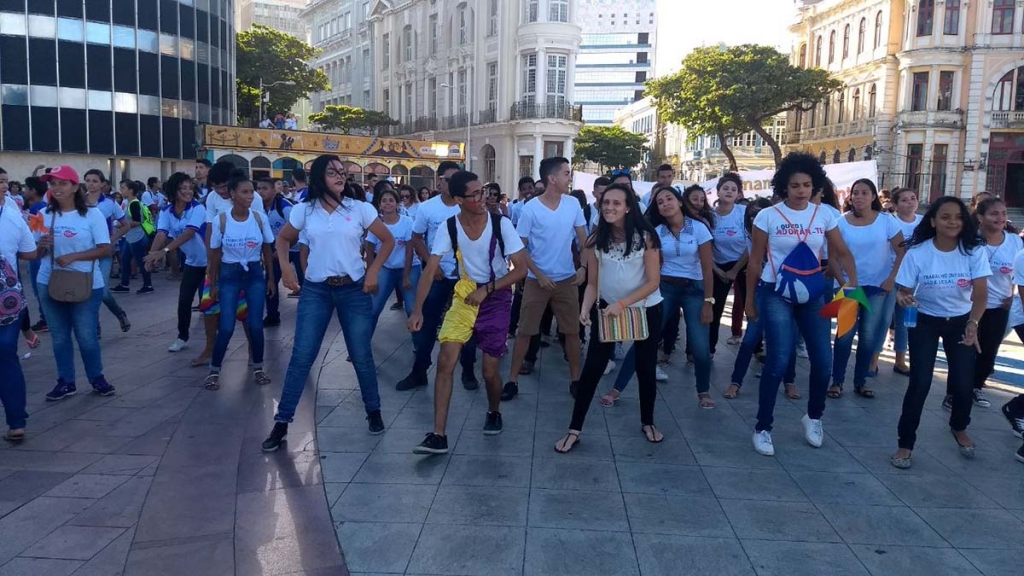 Recife, Brazil - October 2017 - On October 10, the State Forum for the Prevention and Eradication of Child Labor in the state of Pernambuco organized the "Fifth March against Child Labor", with the participation of the Salesian School "Escola Dom Bosco." Activities included: flash mobs, interactive round tables and itinerant shows and
theatrical performances, all with the aim of stimulating initiatives related to "Children's Week", and to raise awareness among the general public and the associations defending human rights. The "Escola Dom Bosco" has so far involved over 70 former child laborers in its apprenticeship program.