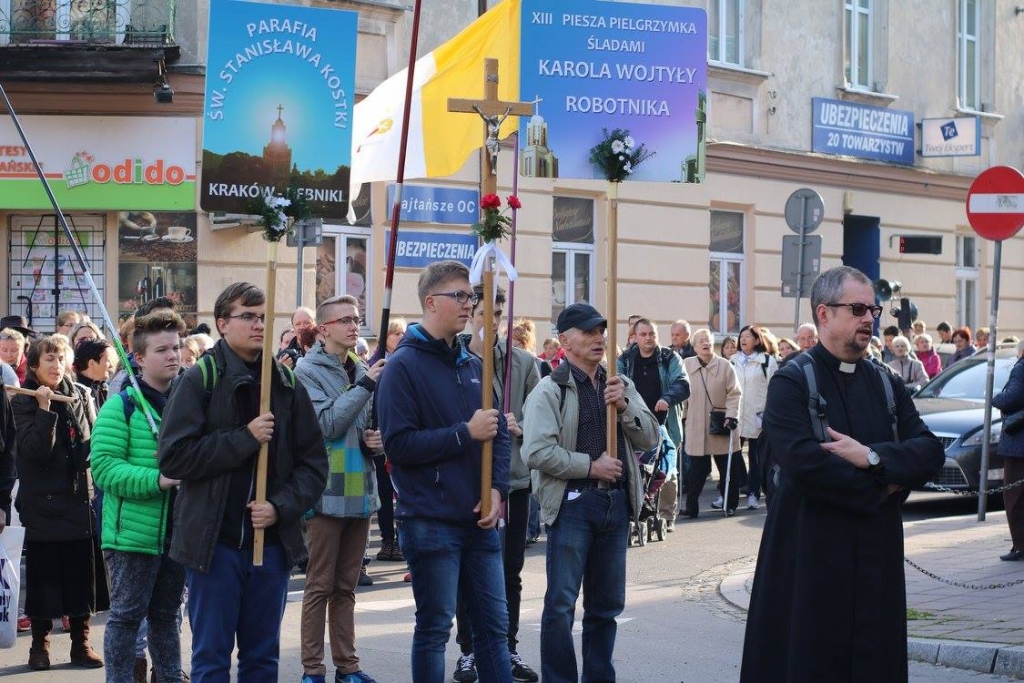 Cracow, Poland - October 2017 - On October 14, a large number of pilgrims from the St Stanislaus Kostka parish of Dębniki, and other parishes, including non-Salesian, from Krakow, Lublin, Kielce, Racibórz, Pogrzebień, Kobyla, Kietrz, Toruń, Limanowa, completed the XIII Pilgrimage in the footsteps of Karol Wojtyła, Laborer. The faithful walked the streets from the Salesian Church of St Stanislaus Kostka, which was attended by Karol Wojtyła during his stay in Dębniki in the years 1938-1944 when he was a student and worked in the stone quarries of "Solvay", to the John Paul II Center, where the Eucharist was presided over by Fr Tadeusz Rozmus, Regional Councilor for Central and North Europe, with the homily of Fr Andrzej Gołębiowski.