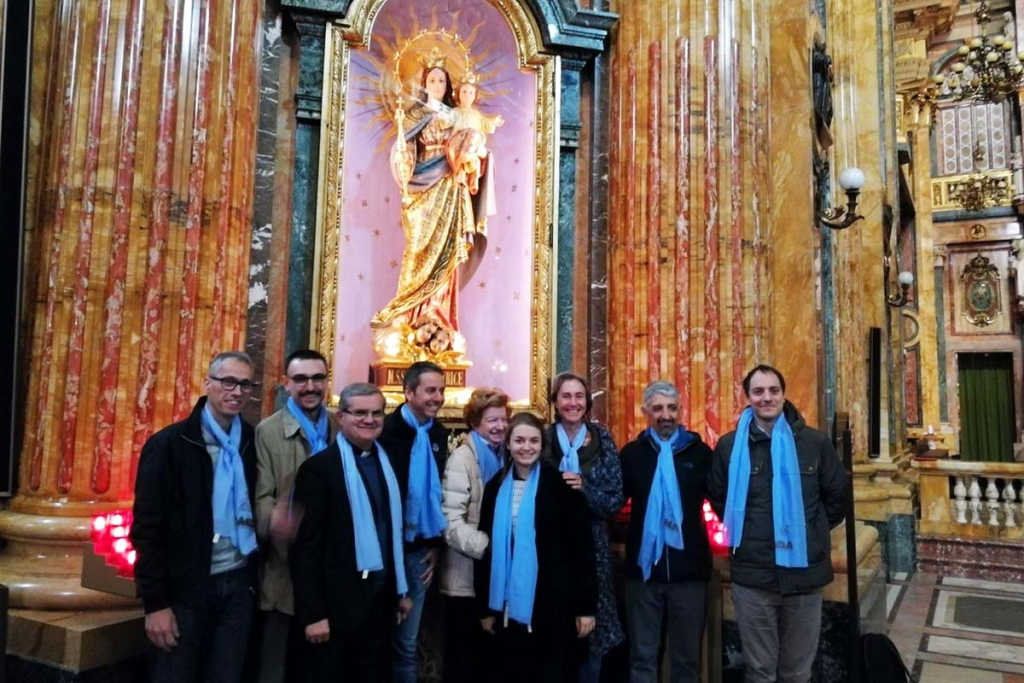 Turin, Italy - October 2017 - Following the October 15 vote, the elected ADMA Primary councilors met in Turin-Valdocco on October 29 to assign roles. The new ADMA Primary Council for the four-year period - 2017-2021 - is hereby as follows: Renato Valera (President); Paolo Peirone (Vice-President); Andrea Damiani (Treasurer); Mariapia Gallo (Secretary); Federica Lucca (Young Councilor); Davide Ricauda (Councilor for Young People); Gianluca Spesso (Family Counselor); Luciana Bianchetti (Senior Councilor); Fr Pierluigi Cameroni (World Spiritual Animator); Sister Marilena Bianchetti, FMA (Piedmont Spiritual Animator). As per art. 15 of Regulations, the Association Mary Help of Christians, based in the Sanctuary of Mary Help of Christians of Turin-Valdocco, is the heir and continuation of the first founded by Don Bosco, and therefore called 'Primary.' Given its origins and its connection to the Sanctuary, it is responsible for the Association's animation, links and information at the worldwide level.