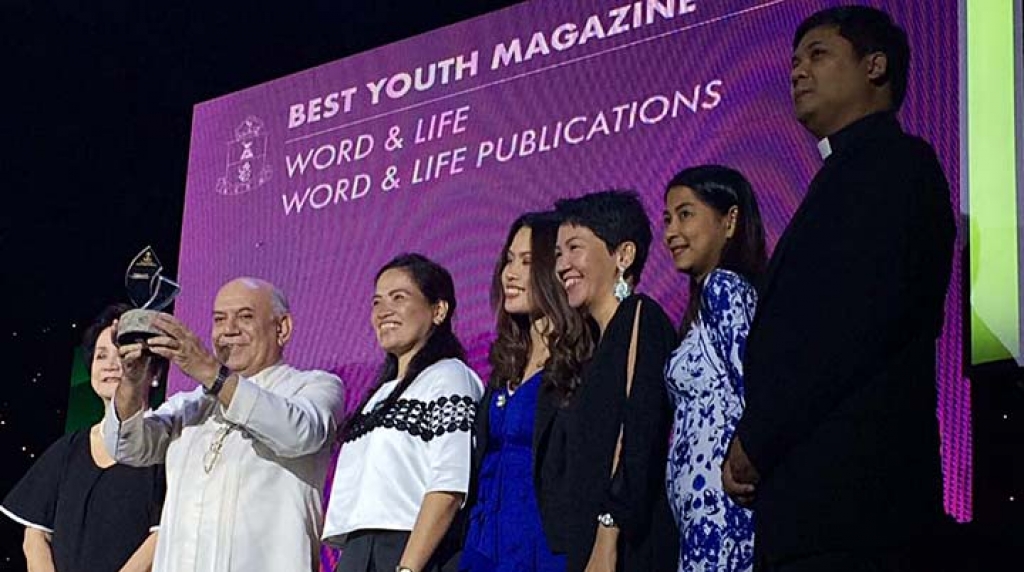 Pasay City, Philippines - October 2017 - On October 25, the 39th edition of the "Catholic Mass Media Awards" was held, during which the Salesians of the Philippines were awarded for Excellence in Mass Media and Ministry in Social Media. "Word & Life Publications" of Word & Life Publications, directed by Fr Salvatore Putzu, SDB, and his team, received the "Catholic Mass Media Awards" for the fifth time as the best youth magazine. Also awarded: "Rowena's Choice" by Fr Remo Bati, SDB, Glady Ramos and Dann San Miguel as Best Comics; "Word and Life Barkada," by Glady Ramos, as the Best Entertainment Column; and the Salesian Bulletin "St. John Bosco Today," with a special citation as Best Magazine of a Local Community.