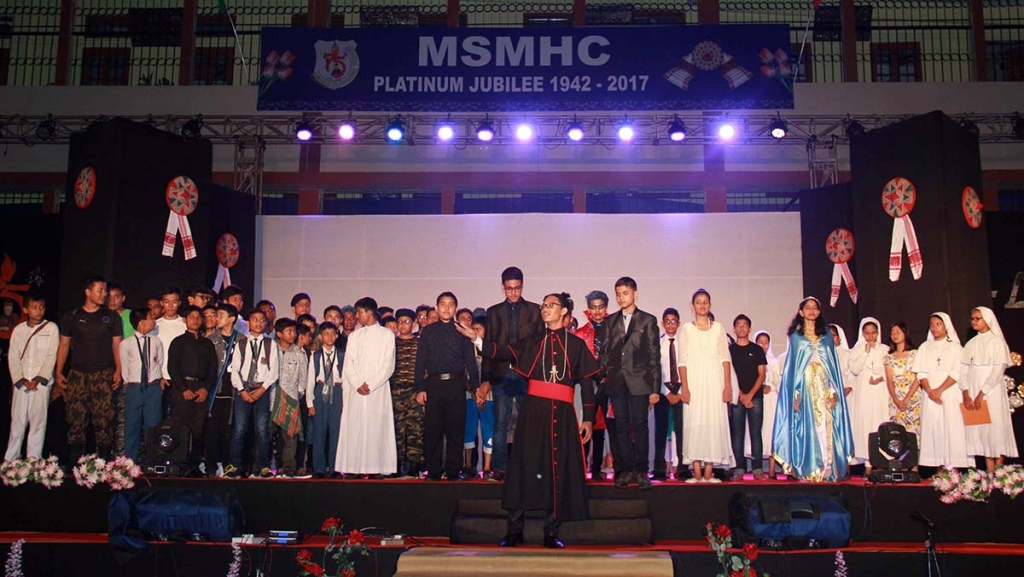 Guwahati, India - October 2017 – On October 24, thousands of people took part in the celebrations of the 70th Anniversary since the foundation of the Missionary Sisters of Mary Help of Christians "Ferrandine" (MSMHC). At the end of the day, students at the “Little Flower School” Hatigaon, Guwahati, staged a performance of dialogues, songs and dances based on the life of Salesian Mgr. Stefano Ferrando, founder of MSMHC, declared venerable by Pope Francis on March 3, 2016.