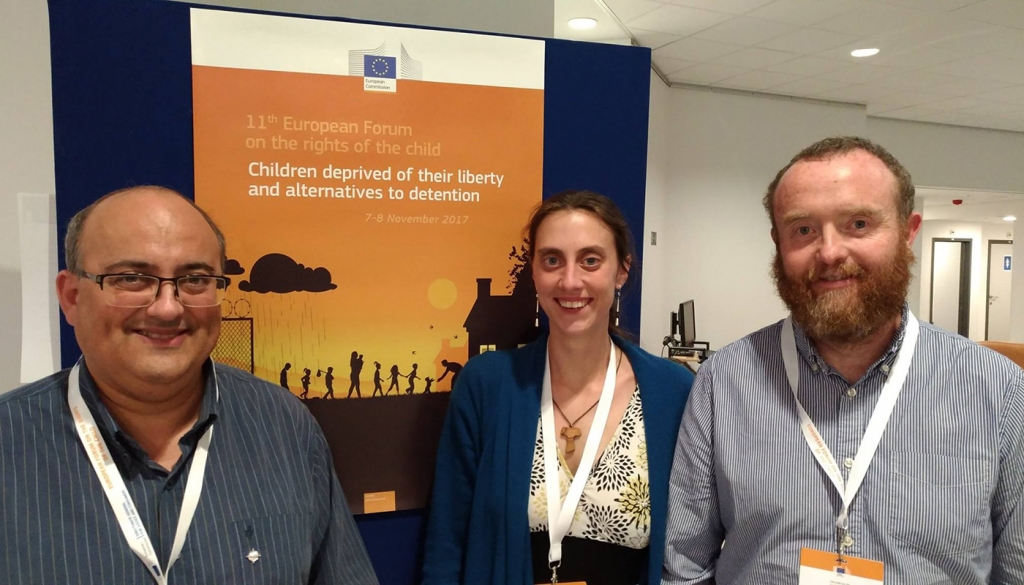 Brussels, Belgium - November 2017 - Don Bosco was deeply moved by the situation of children deprived of their liberty in the prisons of Turin. He set his mind to do something about it. Salesians uphold children's rights all over the world. On 7-8 November, the 11th European Forum on the Rights of the Child was held in Brussels; its focus: the issue of minors deprived of their freedom and on alternatives to detention. At the Brussels meeting, witnesses of the work done by Salesians could not but participate: (left to right): Fr Antoine Farrugia from Malta, representing Don Bosco International (Belgium), Helene Muller from France (Director of Grandir Dignement, particularly active in Madagascar and Niger and lends a hand in Project Valdocco in France with P. Jean-Marie Petitclerc) and Gary O'Farrell (from Don Bosco Care in Dublin, Ireland).