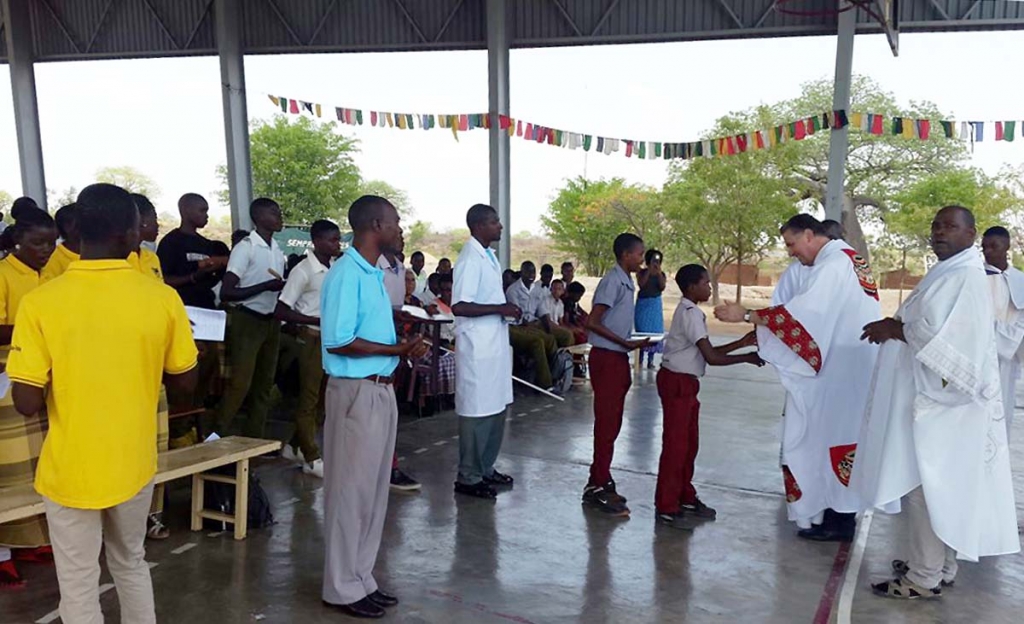 Tete, Mozambique - November 2017 - The third day of Rector Major Fr Ángel Fernández Artime's Visit to Mozambique began among the young people of the “Dom Bosco” Vocational Training School, Secondary School, and Middle School of Matundo, Tete, with about 350 students and 60 teachers and staff attending. The Rector Major presided at the Eucharist; during the homily, he emphasized the value of education as a form wherein dreams can be made to come true, and asked the students to describe their own dreams. Fr Á.F. Artime reminded teachers of the need for greater commitment to the young, to be made with responsibility and honesty. "Together we can make the dreams of our young people come true," he concluded. After the Mass, the Rector Major met the Salesians of Matundo, after which he left for Maputo.