Vatican - A mosaic of the Virgin of Caacupé in Vatican Gardens 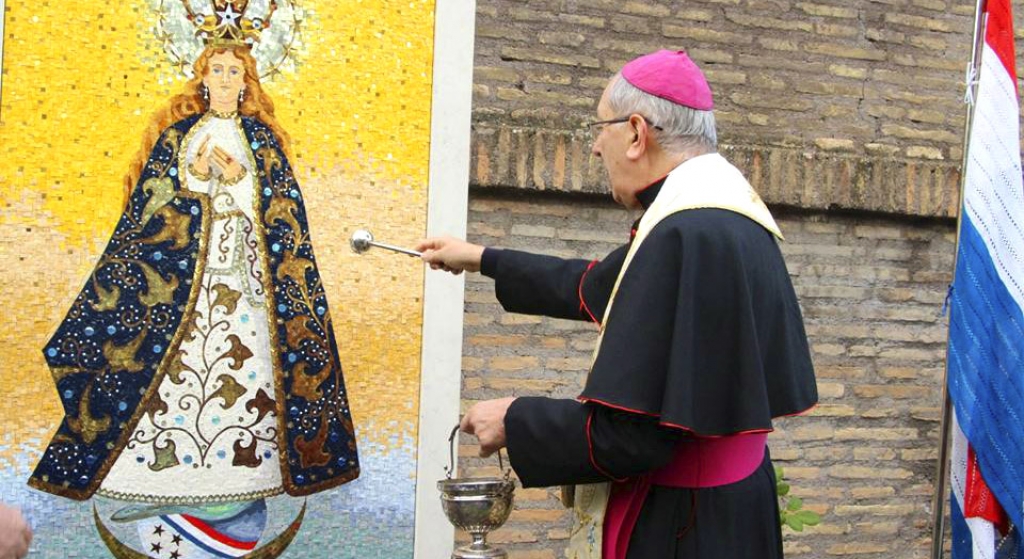 Vatican City, Vatican - November 2017 - A mosaic depicting the Virgin of Caacupé, patron saint of Paraguay, was unveiled on November 9 in the Vatican Gardens before Cardinal Giuseppe Bertello, bishops of Paraguay, and the President of the Republic of Paraguay, Horacio Cartes. The mosaic is placed in an area of the Gardens where patron saints of various South American countries also appear. Archbishop Edmundo Valenzuela, SDB, Archbishop of Asunción, and President of the Paraguayan Episcopal Conference, commented: "It has been a historical event for us. The mosaic we have blessed is beautiful." The Archbishop recalled Pope Francis' devotion to the Virgin of Caacupé ever since the time he was archbishop of Buenos Aires.