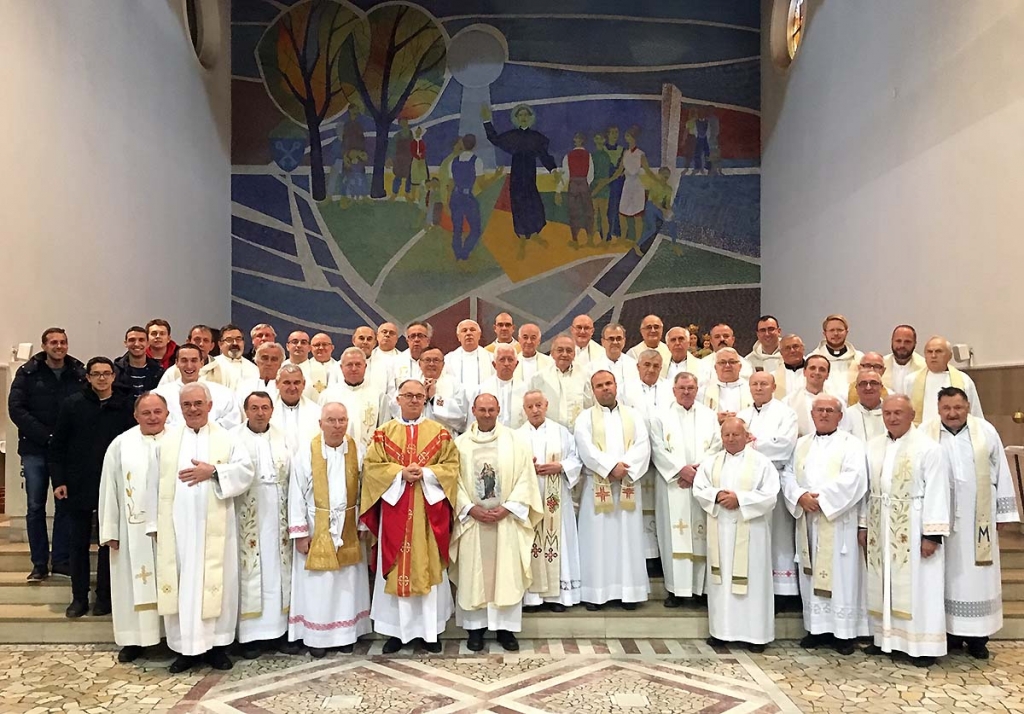 Zagreb, Croatia - November 2017 - More than fifty Salesians from various educational and pastoral communities gathered on November 23 at the Knežija Provincial House in Zagreb, where consultations regarding the new Croatian Provincial took place under the guidance of the Councilor for the Central and Northern Europe Region, Fr Tadeusz Rozmus. After Fr Pejo Orkić, Provincial, welcomed the participants, Fr Rozmus explained the form, character and meaning of the consultation. In work groups, the Salesians exchanged views on the situation of the Province and wrote the names of three candidates from the list for the role of new Provincial. The names proposed are of an advisory nature meant to help the Rector Major, Fr Ángel Fernández Artime, towards appointing the new Provincial two months from now.