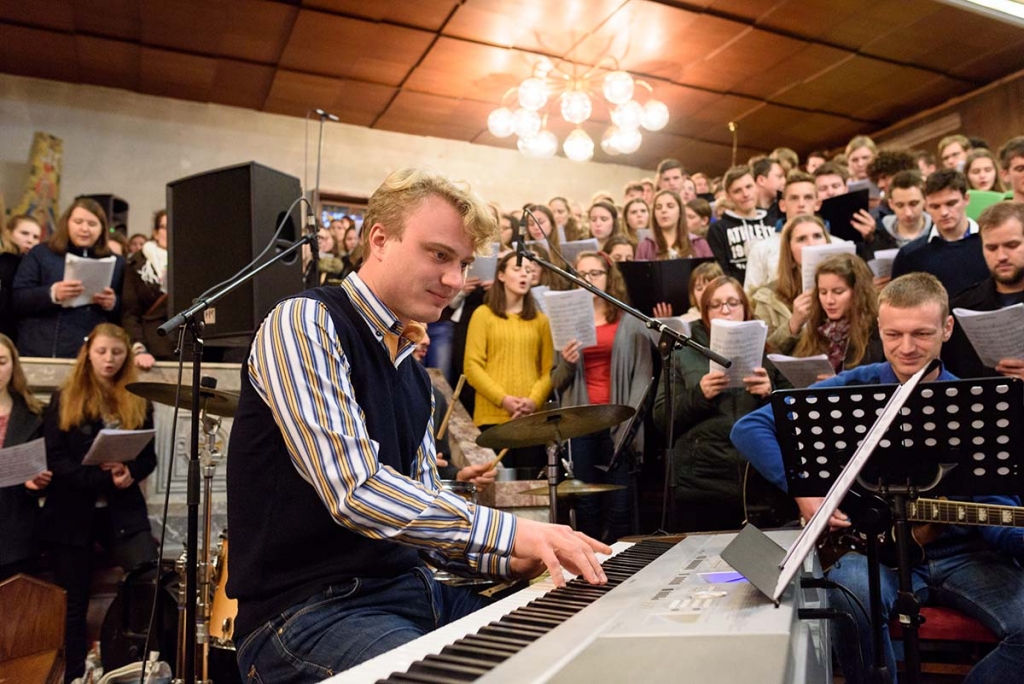 Ljubljana, Slovenia - November 26, 2017 - On the anniversary of the arrival of the first Salesians in Slovenia (November 23, 1901), 300 young people from the choirs of 19 Slovenian parishes gathered at Ljubljana Rakovnik. The biennial meeting is organized by Salesian Youth Ministry for young people who love choral singing and who want to learn a new song list of ecclesiastical songs. The choirs had received the song program a few months earlier and rehearsed countless hours in preparation for the event. The Holy Mass, celebrated in the Church of Mary Help of Christians, was enriched by the songs of the beautiful young voices, and was accompanied by a youth orchestra conducted by Ms Polona Stegu. The repertoire also included Slovene and international songs.