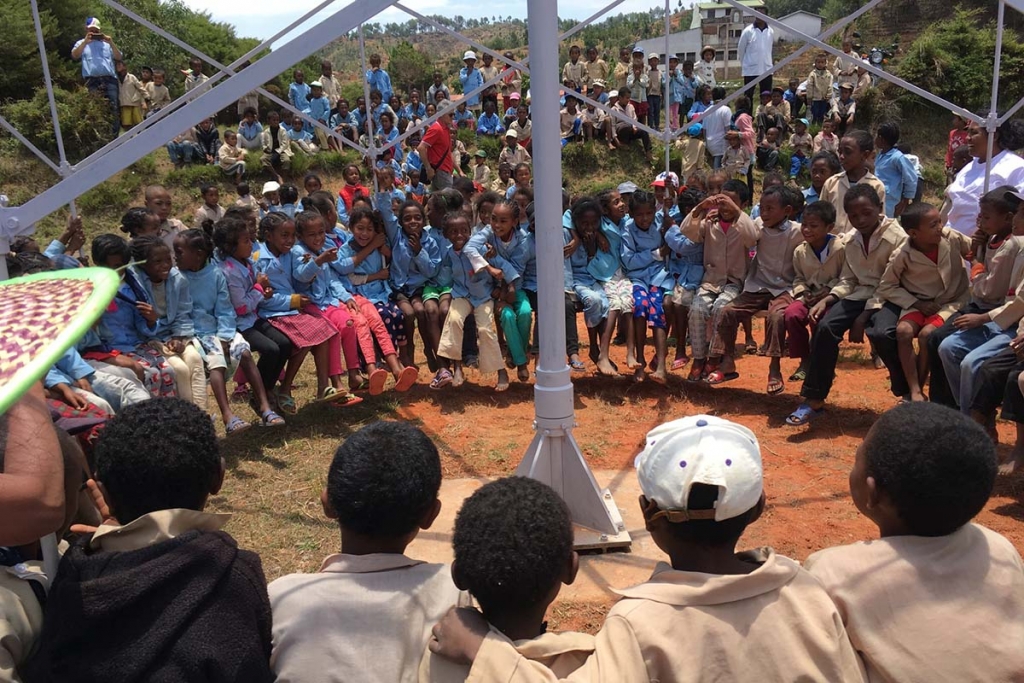 Bemaneviky, Madagascar - December 2017 - Eight playground rides built on the model of the Don Bosco oratory in San Donà di Piave (Venice) were donated to the Salesian center of Bemaneviky, Madagascar, one for each oratory. The initiative was made possible thanks to a fundraiser promoted by the Salesian Fr Enrico Gaetan and by volunteers who also did lathe and carpentry work for the project. The headquarters of the missionary district includes 24 villages, and belong to the diocese of Ambanja. Four rides have already been assembled by the volunteers, much to the joy of the local children!