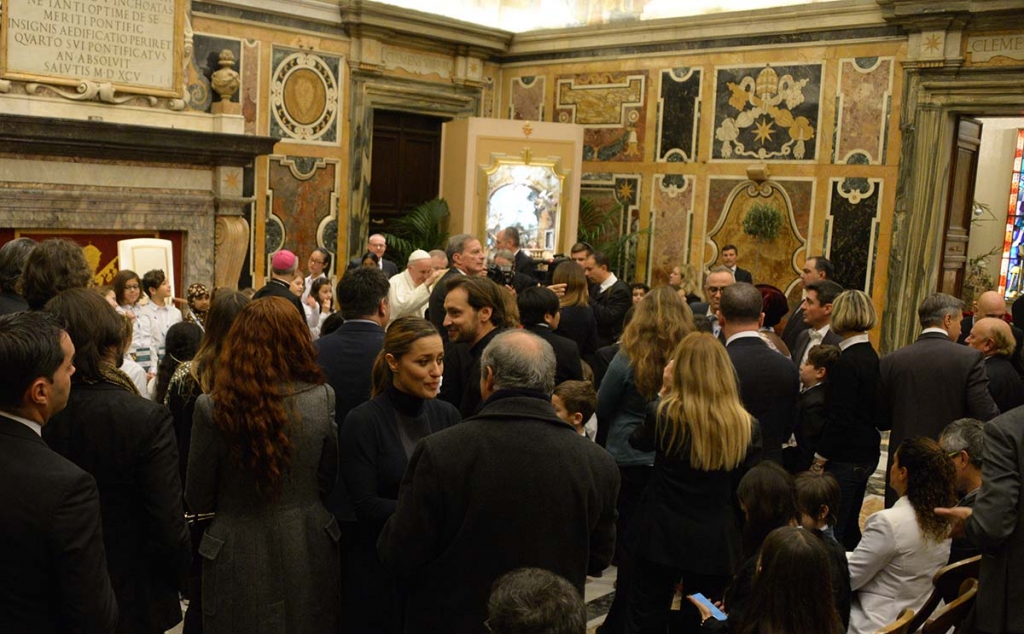 Vatican City, Vatican - 15 December 2017 - On the morning of Friday, December 15, Holy Father Francis met the artists taking part in the 2017 Christmas Concert, an event that supports two projects: the fight against the exploitation of children in the mines of the Democratic Republic of the Congo, a project of the DON BOSCO IN THE WORLD Foundation, and the fight against cyberbullying, a campaign promoted by Scholas Occurrentes. Present at the meeting: the Rector Major of the Salesians, Fr Ángel Fernández Artime, who greeted the Holy Father and presented Fr Albert Kitungwa, SDB, of the Central Africa Province (AFC), where the project is being implemented.