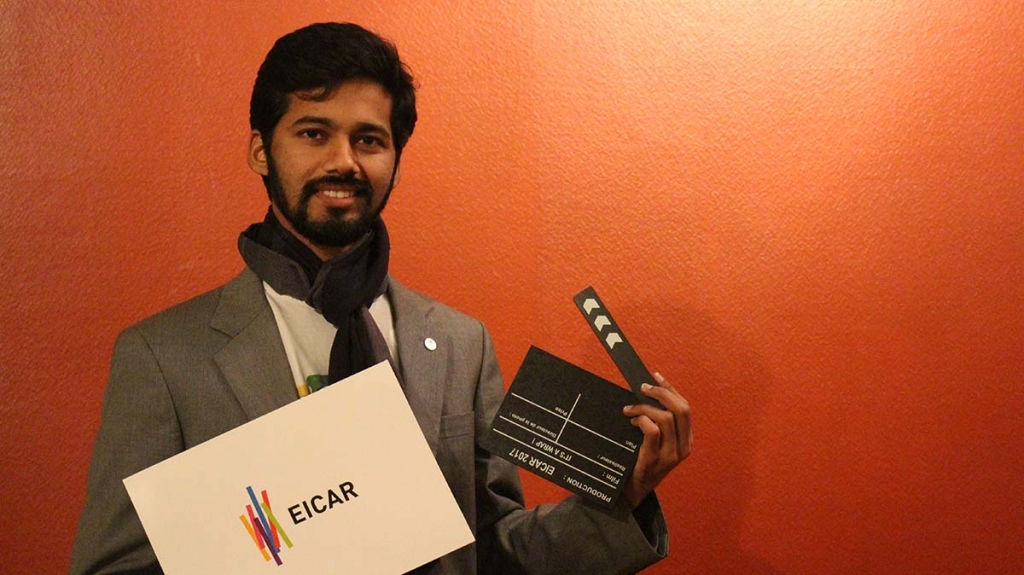 Paris, France - December 2017 - On 11 December the Salesian Fr John Paul Swaminathan from the Province of France and South Belgium (FRB), originally from India Tiruchy Province (INT), obtained his Master's degree as Film Director and Producer from the prestigious Department of Higher Education of the European Union and the "EICAR International Film School." During his formative journey, Fr Swaminathan had received the Alberto R. Boccoli Award for young directors with his short film: "Alive - death does not stop life", based on the terrorist attack on the Bataclan Theater of Paris.