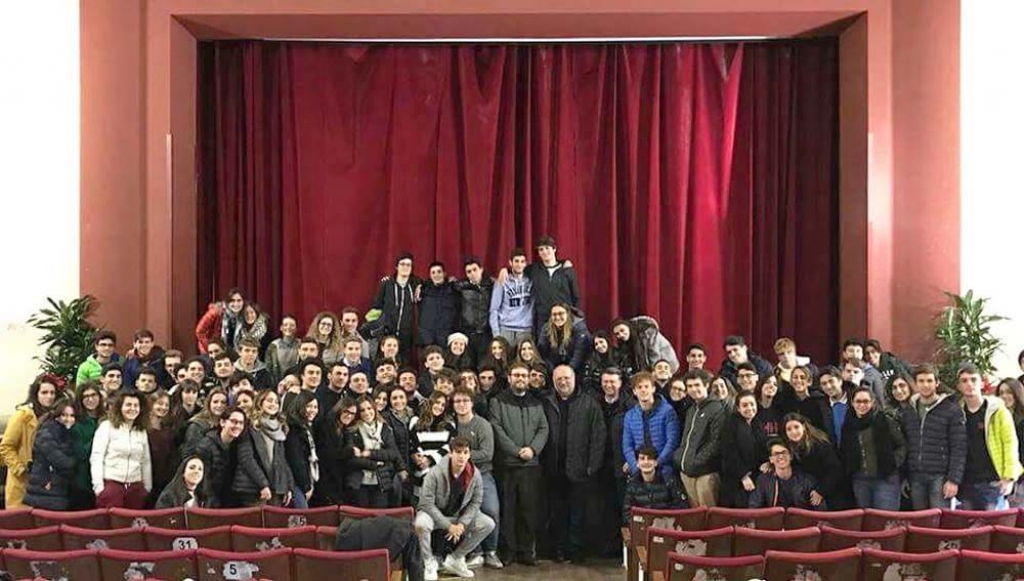 Palermo, Italy - December 2017 - For the Salesian Institute's 80th anniversary, towards the end of December, 120 last-year students of various classes of Palermo's "Don Bosco – Ranchibile", met with Fr Fortunato Di Noto. For thirty years, Fr Di Noto has been working nationwide in the fight against pedophilia and child pornography. He spoke of his experience with the Associazione Meter Onlus, emphasizing that: "One's guard should never be lowered. To date, child pornography constitutes, after the arms trade, the world's second largest source of income."