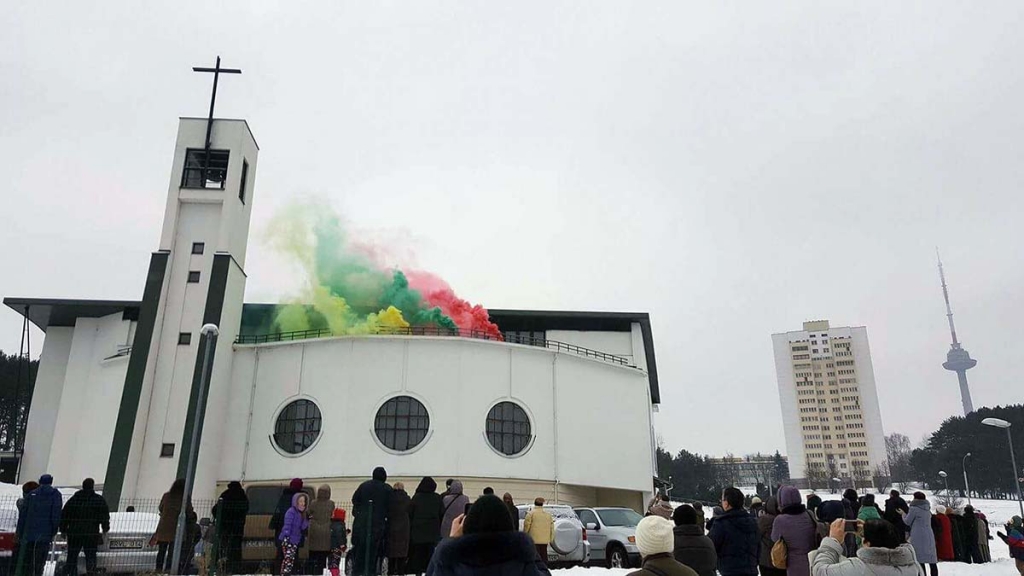 Vilnius, Lithuania - February 2018 - The celebrations for the 100th anniversary of the Republic of Lithuania took place all over the country on 16 February. All the church belltowers throughout the country rang out at 12:30, recalling the proclamation of independence. The Salesian parish in Vilnius, dedicated to Don Bosco, also took part in the celebrations, not only by ringing the bells and with a solemn Eucharistic celebration, attended by many parishioners, but also by a show of colors of the national flag with a display of smoke bombs: yellow, green and red. As smoke rose to the sky, enthusiastic parishioners spontaneously chanted various patriotic songs. These 100 years of independence have been marked by great national joys and satisfactions, but also by great suffering due to the 45-year Soviet occupation and the consequent religious and cultural persecutions. For this reason, the celebration was truly heartfelt by the local population, and the Salesians took part in it in full and in its own style.