Czech Republic - A new display window for Salesians in Zlín 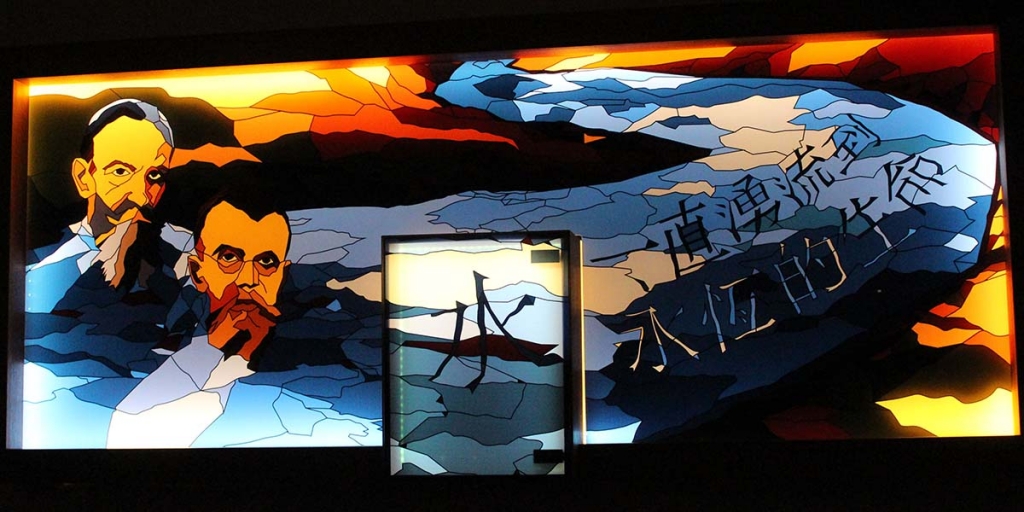 Zlín, Czech Republic - February 2018 - The Salesian community of Zlín, whose patrons are the martyr saints Louis Versiglia and Callisto Caravario, has installed a display window dedicated to these two saints in its restored cathedral. The encased painting, created by Pavlina Štefková, was blessed on 19 February by the Provincial of the Salesian Province of the Czech Republic, Fr Petr Vaculik. The image shows the river these missionaries sailed upon towards the mission station, where they were murdered by several bandits for defending the life and virtue of three Christian girls. At its center is a tabernacle, the source of water that rises to eternal life, as indicated by the Chinese characters on the right side of the window. This is part of the verse, from John 4:14, "(...) the water I will give him will become in him a source of water that wells up for eternal life."