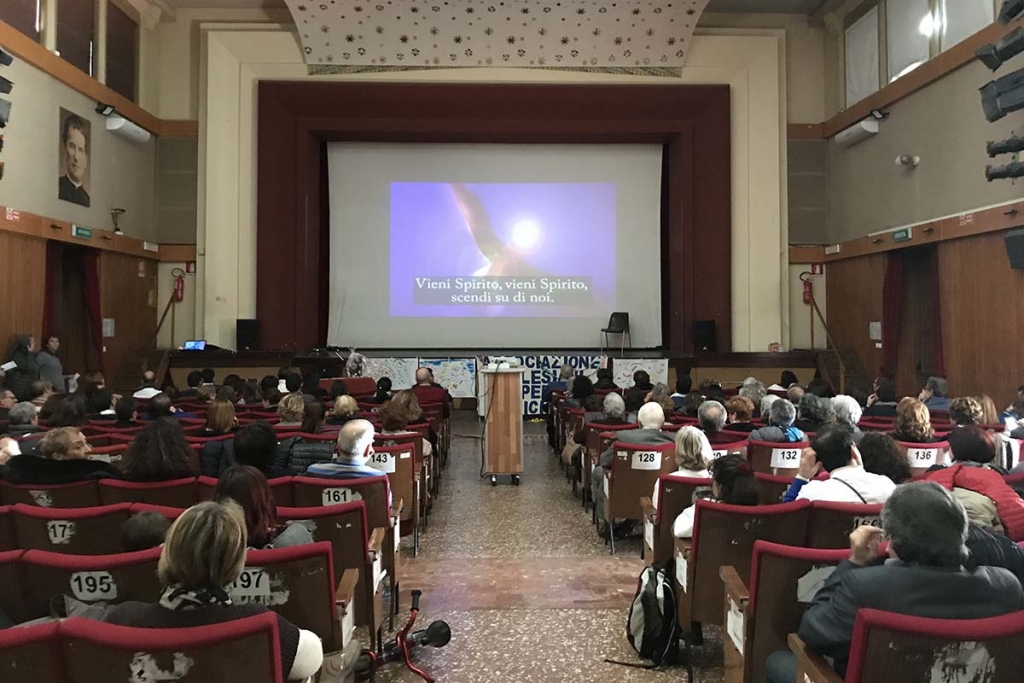 Palermo, Italy - March 2018 - On March 10 and 11, about 200 members of the Salesian Cooperators Association of Sicily met in the house of Palermo Ranchibile to celebrate the annual Salesian Cooperator Day together. The assembly was an opportunity for meeting and formation on the theme "Artists of listening and accompaniment" revolving around the figures of Nino Baglieri and Fr Pino Puglisi, with an incisive report by Antonio Boccia, ASC World Councilor for the Region of Italy, Malta, Middle East. The theme was then developed and discussed with five workshops on Youth, Families, Mother Margherita, Civil Society, Local Centers. The assembly was animated by a group of 20 young ASCs and aspirants who, as usual, met the previous day to experience the Youth Camp with Fr Paolo Caltabiano, Provincial Delegate of ASC Sicily, on the theme: "Discernment: style of action and reflection". They also visited the sites of Blessed Giuseppe Puglisi in the Brancaccio district of Palermo. Also present: Fr Giuseppe Ruta, Superior of the ISI Province, who celebrated the final Mass.