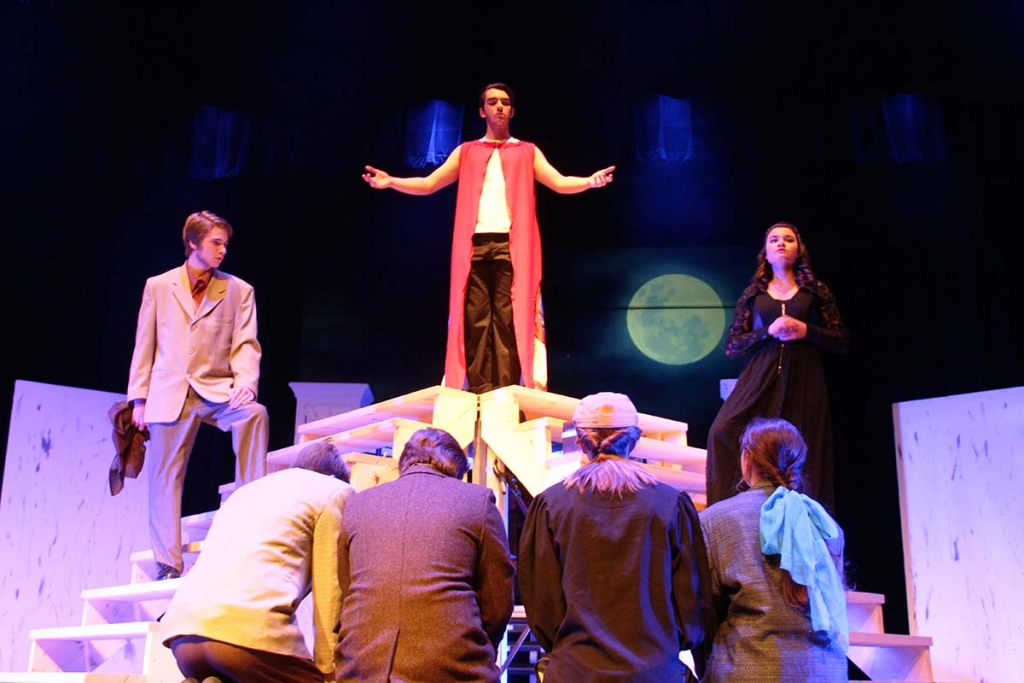 Sherbrooke, Canada - April 2018 - The role and primacy of music and theater in Salesian pedagogy is well known. For this reason, during this school year, six plays were staged, including a musical, by the students of "Le Salésien" secondary school in Sherbrooke, QC. On April 6 "Caligula" by Albert Camus was staged at the school auditorium, and brilliantly performed by ten actors of the "OPSIS" troupe.