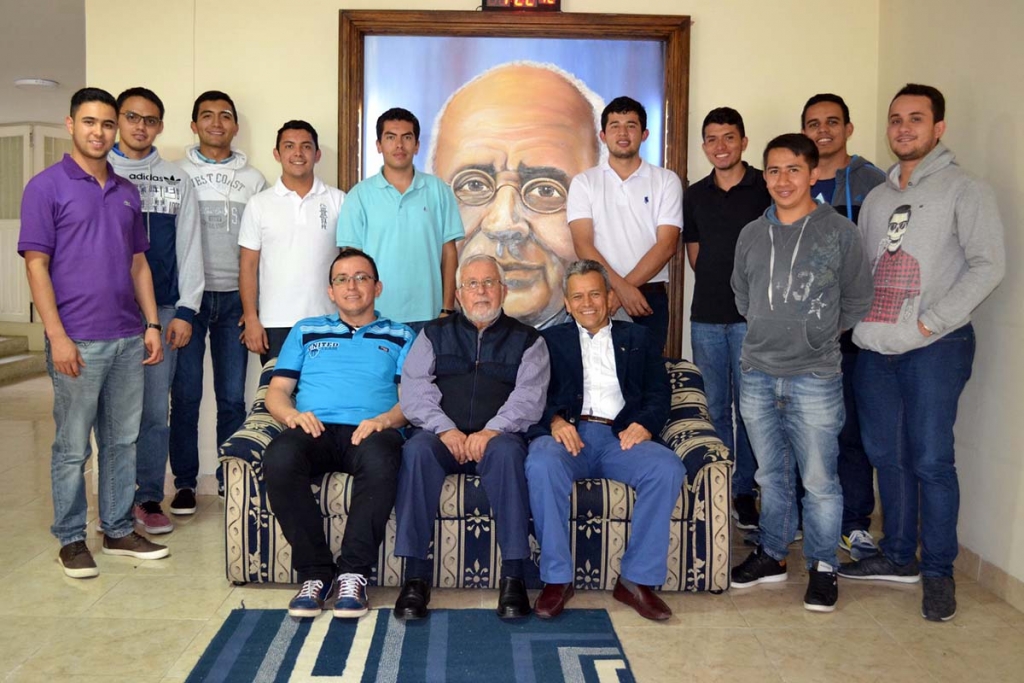 Copacabana, Colombia - April 2018 - On the evening of 9 April, the community of the "Felipe Rinaldi" post-novitiate of Copacabana, near Medellín, received the visit of Fr Jaime Morales, Superior of the Salesian Province of Colombia-Bogotá (COB). After a meeting with all the Salesians, he offered the traditional "good night" thought and gave an interview to the post-novitiate radio station. The following day he presided at the Eucharist with the Salesians of the Bogotá Province.