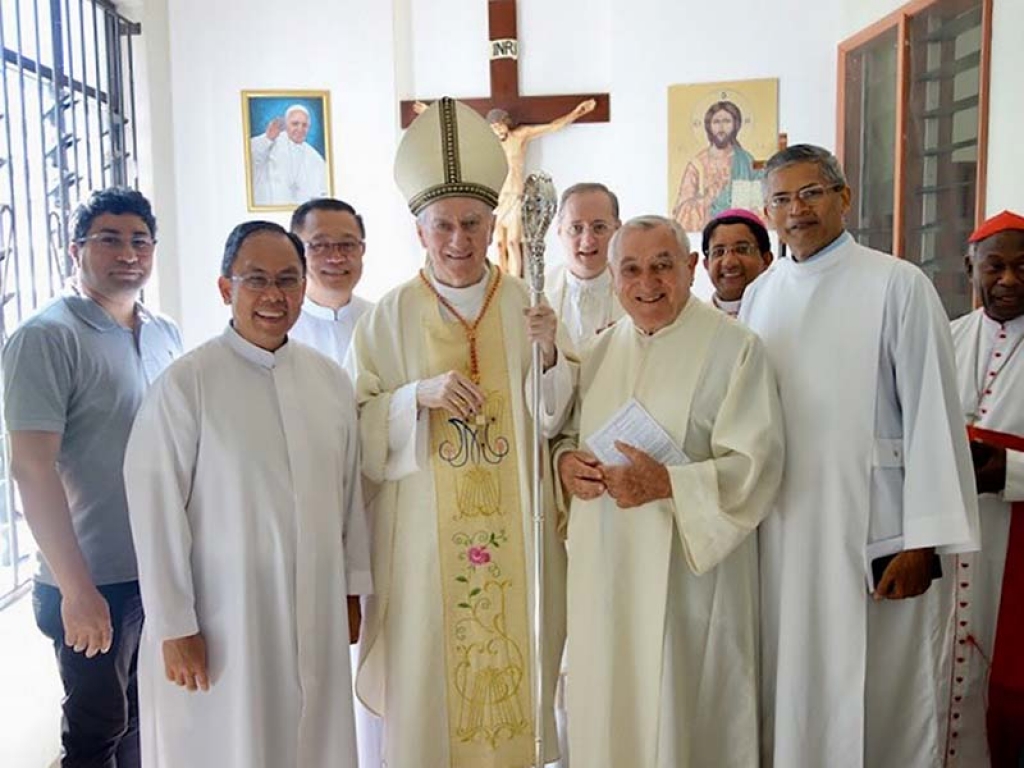 Port Moresby, Papua New Guinea - April 14, 2018 - The Vatican Secretary of State, Cardinal Pietro Parolin, celebrated the Eucharist for the young and the laity in the Shrine of Mary Help of Christians in Port Moresby, followed by moments of dialogue. Previously, upon his arrival at the Shrine, he had been joyfully welcomed by the Salesian community. Cardinal Parolin is in Port Moresby for the meeting of the Federation of Episcopal Conferences of Oceania (11-18 April).