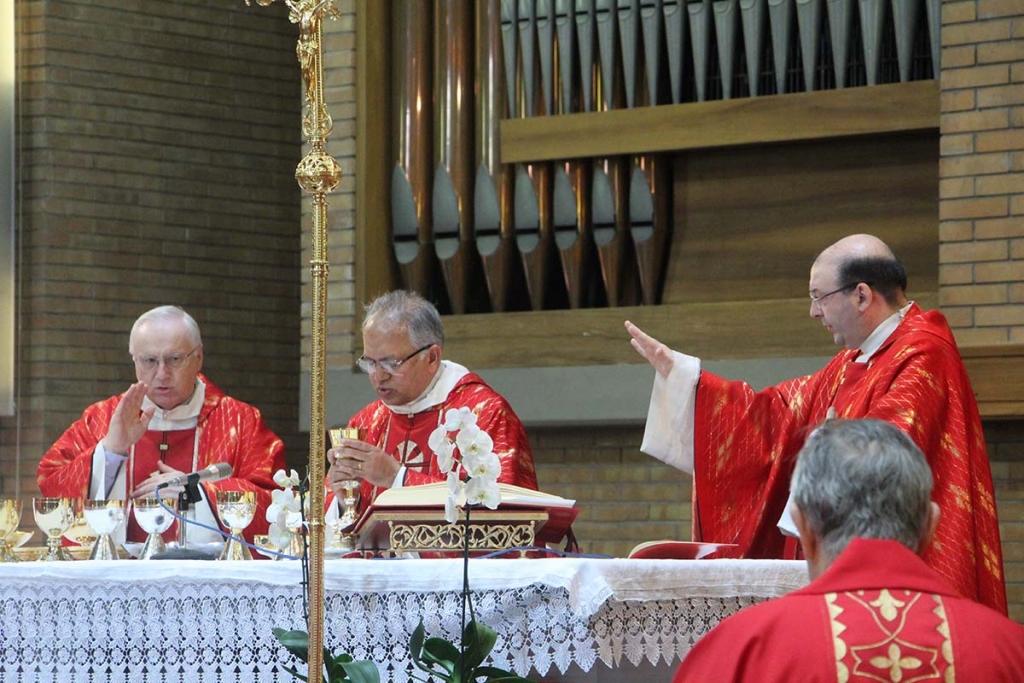 Rome, Italy - April 2018 - On April 25, the Salesians and members of the Salesian Family of the Vice Province of the Salesian Pontifical University (UPS) gathered for a day of Thanksgiving, presided over by Fr Ivo Coelho, General Councilor for Formation, and Fr Eugenio Riva, Superior of the UPS Vice-Province. During the ceremony, the Lord was thanked for the various jubilees of ordination and religious profession. After the Mass, a period of Salesian oratorian academy followed, in the Paul VI Hall, then the festive lunch in the "Visitaland Park". The day ended with a number of soccer and basketball matches between the Salesians of the communities of San Tommaso, Gerini, San Tarcisio, Testaccio, Don Rua and Don Bosco.