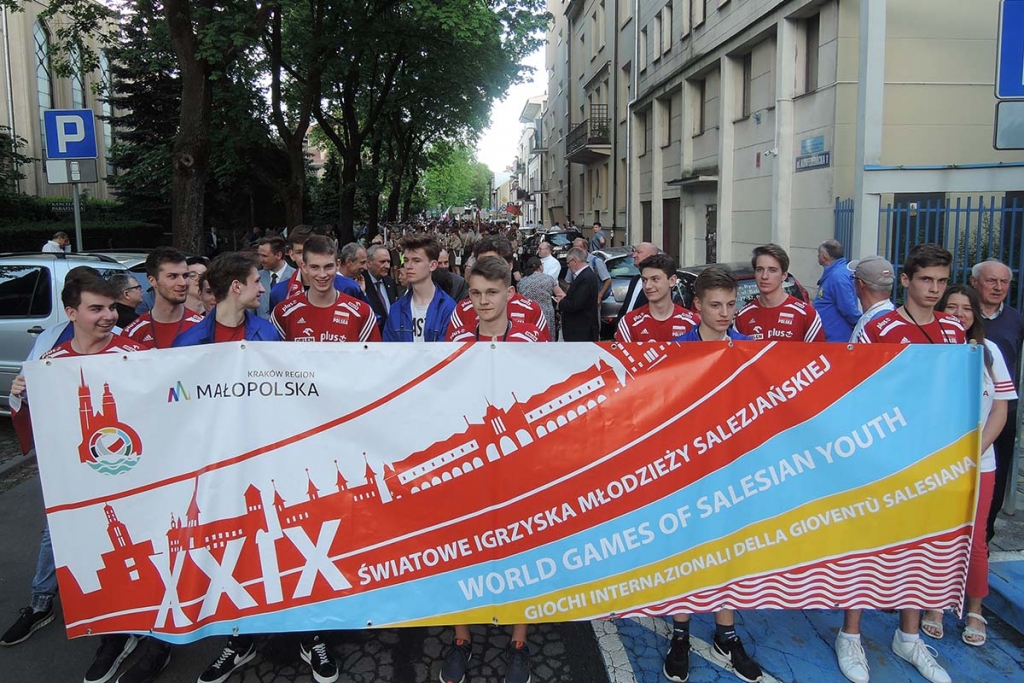 Krakow, Poland - April 2018 - On the evening of 29 April, after the Mass in the Salesian church of St Stanislao Kostka in Dębniki, presided over by Fr Tadeusz Rozmus, Councilor for the Central and Northern Europe Region, the opening ceremony of the XXIX edition of the International Salesian Youth Games was held, chaired by Georg Leibold, President of PGS International. In addition to the young athletes and their supervisors from 23 countries, about two thousand people, there were also the Salesians, Provincials of the SDB and FMA Provinces, Sr. Elena Rastello representing the FMA Mother General, prof. Zbigniew Dziubiński, president of "Salos RP", Fr Edward Pleń, Salesian, national chaplain of the Polish athletes. Piotr Nowacki, councilor of the President of the Polish Republic, read President Andrzej Duda's letter; Jan Widera, undersecretary of the Ministry of Sport, read the letter from the Prime Minister - patron of honor of the Games - Mateusz Morawiecki.