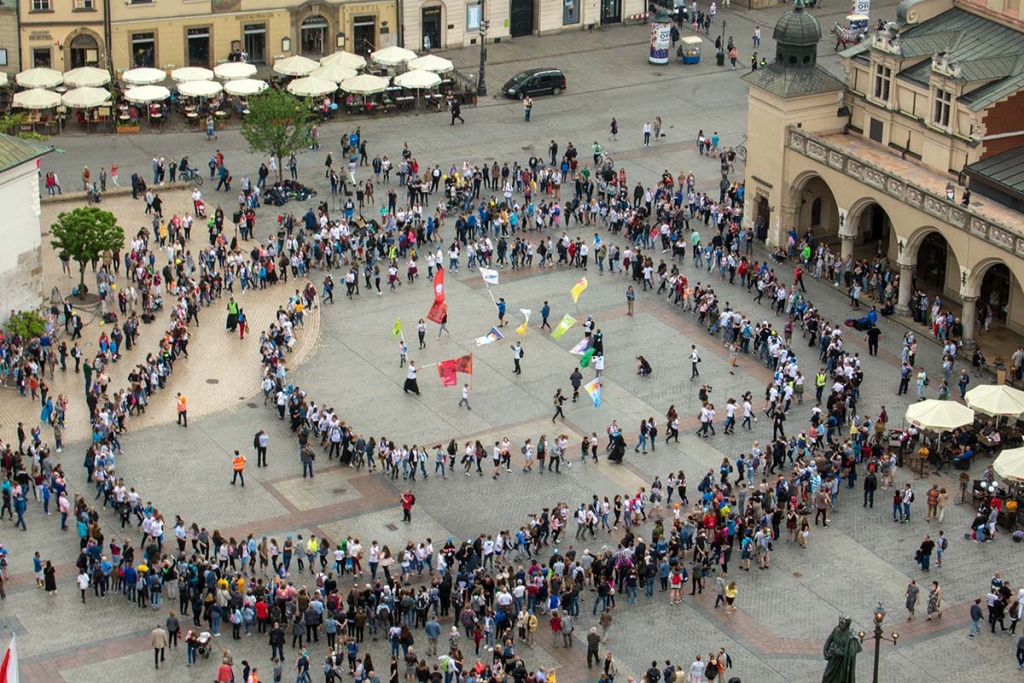 Krakow, Poland - May 2018 - On May 2, during the XXIX edition of the International Games of Salesian Youth and the second day of "Savionalia", the Youth Festival of the Krakow Province, a flash mob of a religious nature took place in the city's main square; its protagonists, young people. It all began at midday with the traditional gathering call via trumpet from the Basilica of Saint Mary's tallest tower. The young people danced a Belgian dance and sang the anthem of the World Youth Day 2016 in Krakow, while the animators of Lednica animated the dances. The highlight was when the young people covered themselves with "the mantle of Mary", made from the blue handkerchiefs distributed to the young participants, who thus entrusted themselves to the protection of the Virgin. The participants of this flash mob also prayed for peace in the Central African Republic (# Pray4RCA), and the young people of the war-torn country offered a small concert in exchange.