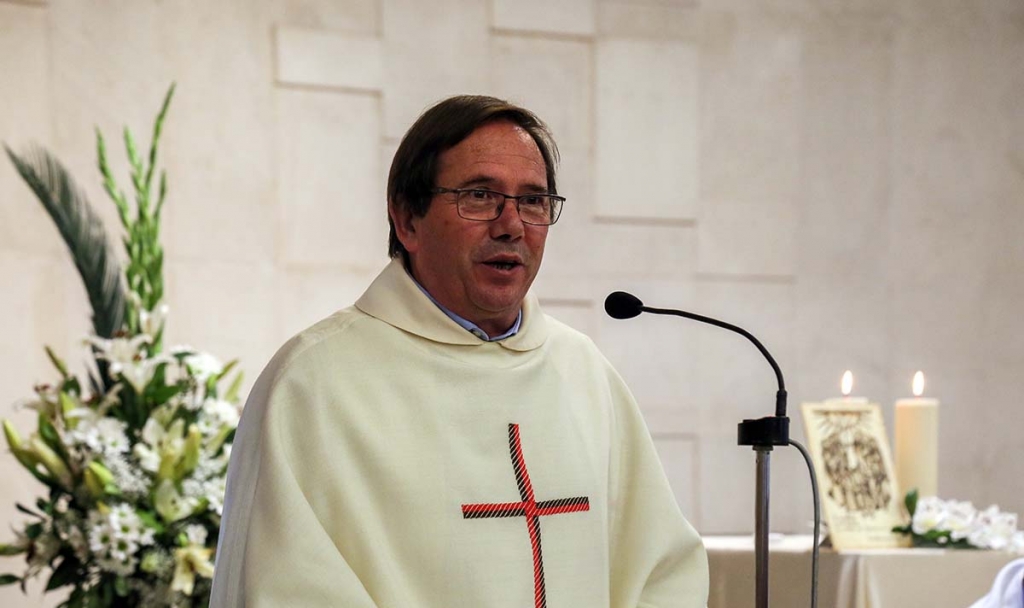 Barcelona, Spain - May 2018 - On 5 May, Fr Francesco Cereda, Vicar of the Rector Major, presided over the inauguration ceremony of Fr Ángel Asurmendi Martínez as the new Provincial of the Salesian Province "Mary Help of Christians" (SMX). The ceremony took place in the Salesian house in Barcelona-Horta during the festivities of the SMX Province. Present: Msgr. Cristóbal López, bishop of Rabat, formerly SMX Provincial, Sister María del Rosario García Ribas, FMA Provincial of Spain, Fr Samuel Segura, Vicar of the "Saint James Major" Province (SSM), over 200 Salesians, members of the Salesian Family groups, directors, rectors and educators of the various educational and social works of the SMX Province. Accompanying Fr Asurmendi Martínez was also a group of the "Frater - Christian Fraternity of people with disabilities" of Barcelona, an entity to which the newly appointed Provincial has been linked by a special affection for many years. With the animating and jovial tone that characterizes him, the new Provincial expressed his commitment to "put himself at the service" and "be a bridge of union" among those who compose the Salesian reality of this great Province.