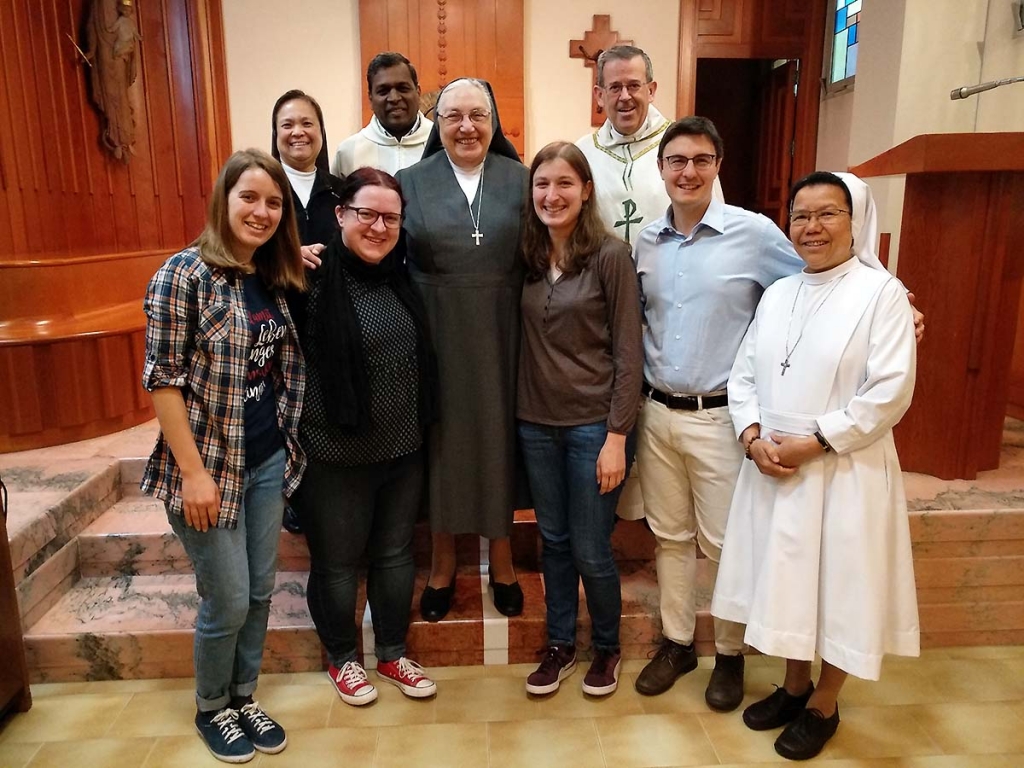 Rome, Italy - May 2018 - The coordinators (Small Team) of the Salesian Youth Movement in Europe met at the Generalate of the Daughters of Mary Help of Christians from 4 to 6 May. Anne-Florence Perras (France-South Belgium), Blazka Merkac (Slovenia) and Carina Baumgartner (Austria) represent young people from the Southern, Central and Northern regions wherein SYM is organized in Europe. Accompanied by the SDB Dicastery and the FMA Youth Ministry, including the Councilor and General Councilor, Fr Fabio Attard, SDB and Sr. Runita Borja, FMA, with the participation of Mother Yvonne Reungoat, FMA Superior General, the Small Team reviewed and evaluated the work of recent months, including the SYM Europe meeting of August 2017 and the General Assembly of November 2017. The theme of the next Synod of Bishops was also examined and the next General Assembly of the SYM Europe was prepared, an event to be held in Brussels from 23 to 25 November 2018, during which a new Small Team will be elected for the three-year 2018-2021 term.