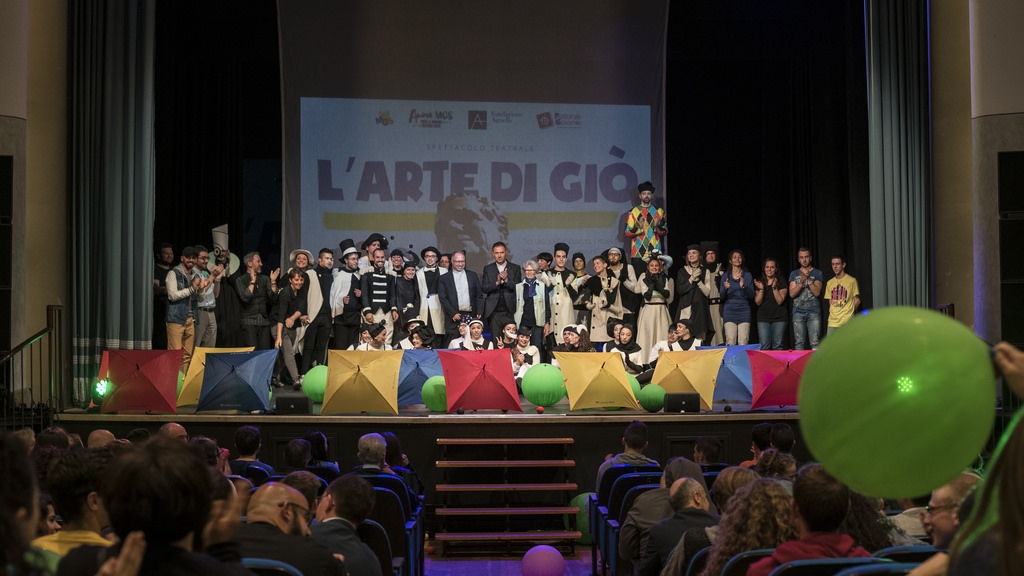 Turin, Italy - May 2018 - Three shows and 2700 spectators over two days: these are the numbers that define the great success of the theatrical performance "L'arte di Giò", which was presented on 19 and 20 May at the Teatro Grande of Valdocco on the occasion of the visit of the Rector Major, Fr Ángel Fernández Artime, in Piedmont, and of the so-called "SYM Day". The real wonder of this show, conceived by the Theater Company "I Retroscena", is the work done to produce it by the young people of the project "Anima MGS", which, led by four professionals, made an experience of their skills in dancing, acting, in the construction of scenography, graphics. The workshops, thanks to the contribution of the Agnelli Foundation, had the objective of letting each young person experiment their individual artistic skills and abilities. At the end of the show, the Rector Major offered his 'good night' by telling the young people: "Be protagonists of your life. Thanks to you the whole world can have a future: dreams are possible, we just have to believe in them."