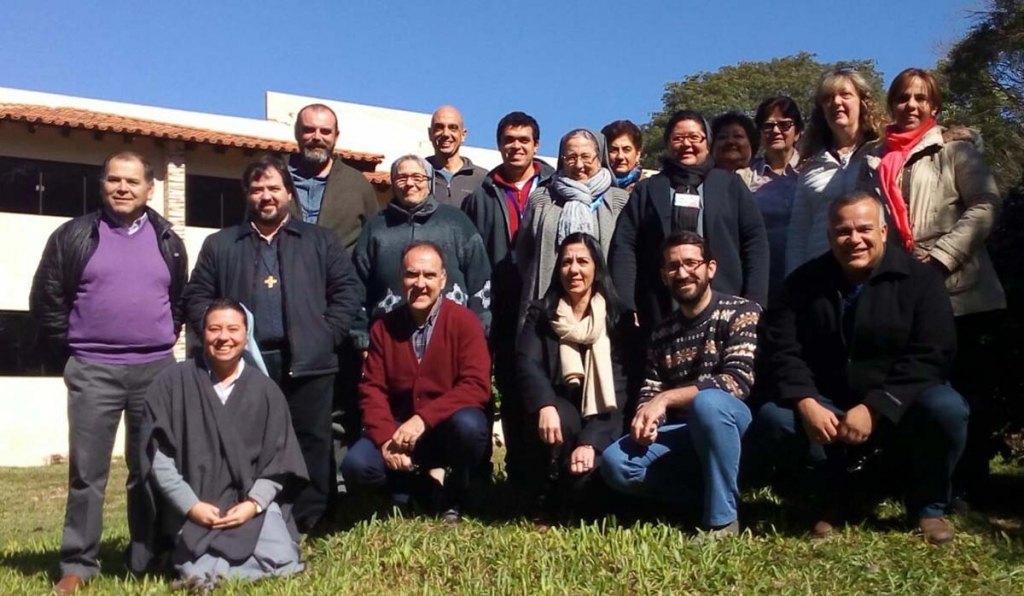 San Lorenzo, Paraguay - June 2018 - On June 15 and 16, there was a meeting of the Pastoral Secretariat of the South - Schools, with the participation of the heads of Schools and Vocational Training Centers of the Salesians and of the Daughters of Mary Help of Christians, its objective to plan actions starting from the final document of the Salesian School Congress in America IV. The representatives of the Schools of the Southern Region, Fabián Otero and Sr. Elena Moragas, coordinated the meeting, accompanied by the representatives of the American Schools, Sister Ivone Goulart and Fr René Santos. On the first day, Msgr. Pedro Jubinville of the diocese of San Pedro, also participated, spoke on the Apostolic Exhortation "Laudato Si'". Subsequently, the challenges for the innovation of the curriculum in the Schools were identified, integrating the "Yo Puedo" project. At the end of the meeting, an announcement was made regarding the new representative of SEPSUR Schools for the Salesians, Rossana Benítez, of Paraguay, and for the FMA, Sr. Patricia Parraguez of Chile, who will assume the position in 2019.