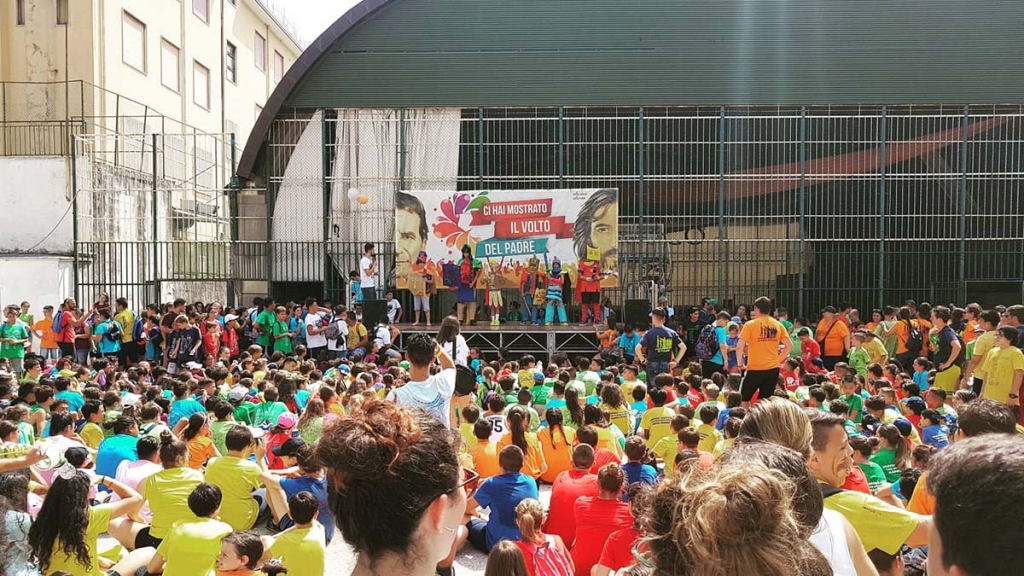 Salerno, Italy - July 2018 - On July 5, the Salesian oratories of the Campania and Basilicata regions took place with Salerno, which hosted the day, Naples Don Bosco, Naples Rione Amicizia, Naples Vomero, Caserta, Torre Annunziata and Potenza. The biblical reference to Ephesians 6:11 - "Put on the full armor of God" - animated the approximately 1200 young participants. They built an armor with which to dress a child, and played games involving the conquest of gold nuggets for the purchase of building materials. Another Salesian reference was "make of me a beautiful dress", a request that Dominic Savio made to Don Bosco. This was also the message addressed to young people at the end of the day. The final prize of the "Summer Cup" was assigned to the Torre Annunziata Oratory.