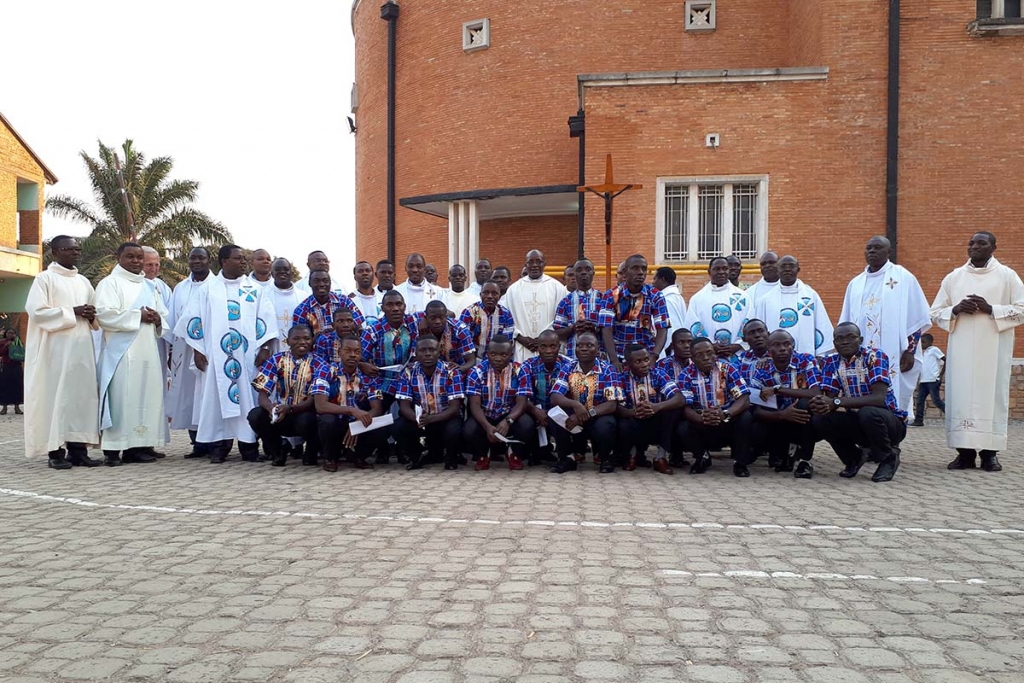 Lubumbashi, R.D. Congo - August 2018 - On August 16, on the occasion of the 203rd anniversary of the birth of Don Bosco, Mass was celebrated in the Salesian chapel "Regina Mundi" during which 19 novices from the Vice Province of Africa Congo Congo (ACC) and the Province of Africa Central (AFC) made their first professions.