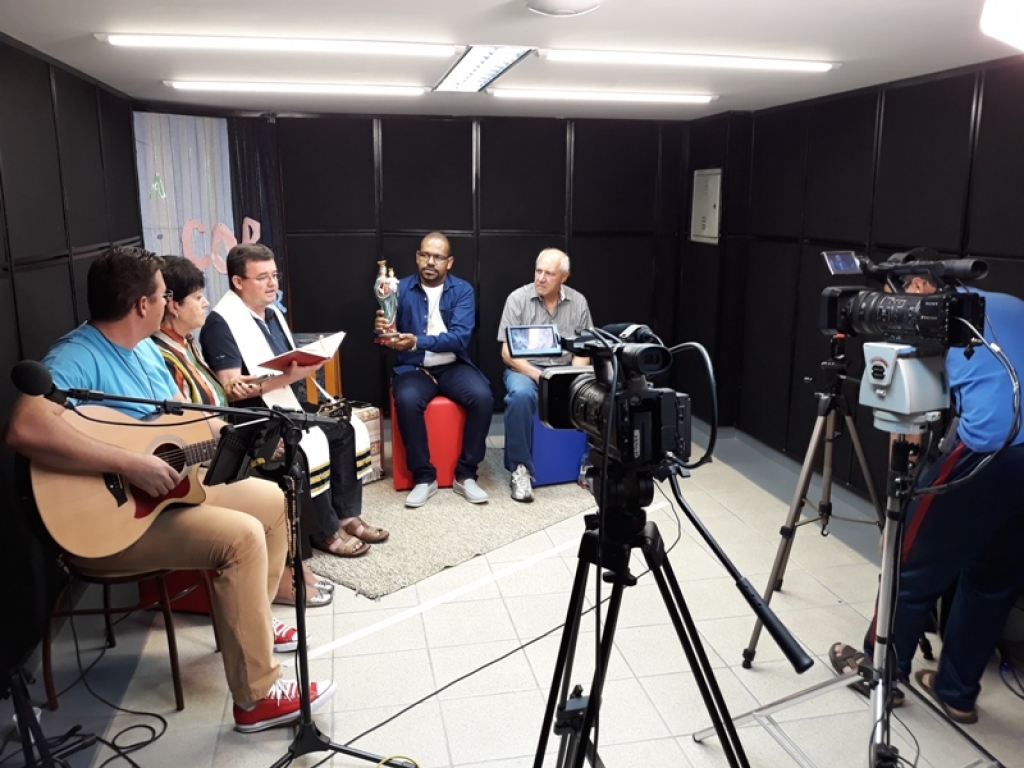 Sao Paulo, Brazil - August 2018 - On August 23, before Fr Justo Ernesto Piccinini, Superior of the Province of Sao Paulo (BSP), the new studio of the A.COR.DAR Facebook page was presented, run by Salesians in formation and young people of SYM. After a year and four months of activity, A.COR.DAR has reached a new level of professionalism with a studio equipped for live broadcasts and other productions. The studio, located inside the Pio XI Theological Institute, in addition to being soundproofed and air-conditioned, has a small energy accumulator and features high-definition cameras. The A.COR.DAR page was originally not related to a religious content but after the experience of some prayer broadcast shows, it was seen that a large audience is interested in praying together through social networks.