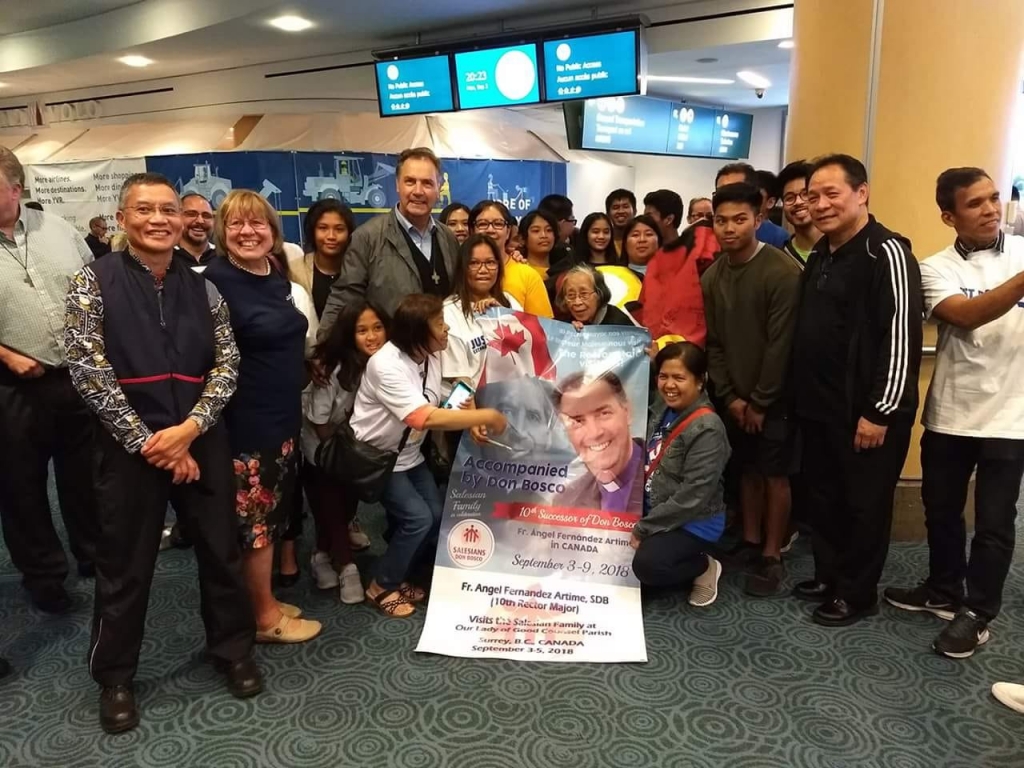 (ANS - Surrey) - The Rector Major, Fr Ángel Fernández Artime, arrived in Canada for a visit to the Province of the United States East and Canada (SUE). The tenth successor of Don Bosco landed at Vancouver International Airport on September 3, where he was welcomed by members of Canada's Salesian Family.

From the airport, together with his secretary Fr Horacio López, the Rector Major went to Surrey where, on September 4, official commitments began, the first being the morning Mass at the Church of Our Lady of Good Counsel.

In the afternoon, the Rector Major met with the Salesians from the Salesian houses of Surrey, Edmonton and Alberta. Together they discussed the situation of the Salesian Congregation in the world. The meeting took place in the Don Bosco Youth Center of the Church of Our Lady of Good Counsel and also saw the participation of the Regional Councilor for Interamerica, Fr Timothy Ploch.