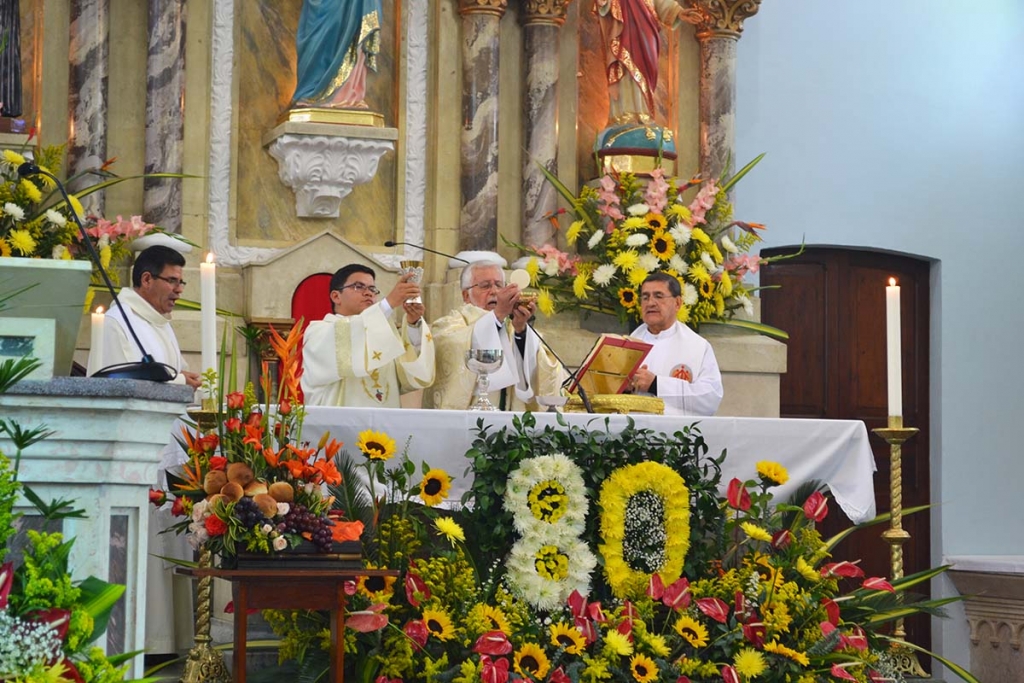 Bogotá, Colombia - September 2018 - On September 8, the feast of the Salesian Province of Bogotá (COB) was celebrated, presided over by its Superior, Fr Jaime Enrique Morales Alfonso. The event took place at the Salesian theologate "Santo Tomás de Aquino", which celebrates 80 years. After the Eucharist, presided by Fr. Morales, with the participation of Salesians and members of the Salesian Family, a theatrical work was presented by the students of theology and the Jubilees of religious profession of various Salesians were also celebrated. In addition, a painting was presented with a prayer of the patron of the "San Pedro Claver" Province and a new hall was inaugurated that will preserve all the historical memory of the Salesian presence "El Porvenir".