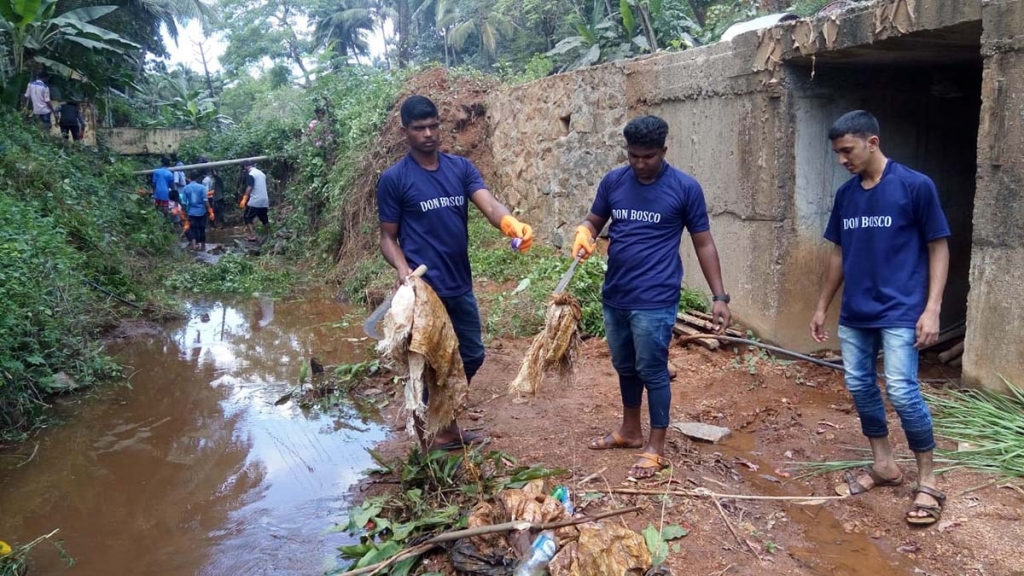 Bangalore, India - September 2018 - As part of the World Cleanup Day, the day dedicated to environmental cleanup which is celebrated across the globe on September 15, the Don Bosco Network of the Salesian Province of Bangalore (INK) organized various activities. The Salesian institutions in Karnataka and Kerala through BREADS - Bangalore, launched cleanup initiatives in eight districts of Karnataka and a district of Kerala. Among the various activities, the "Don Bosco Hospet" began the cleaning and collection of waste with the inhabitants of the villages of Hallikere, Kamalapura and Hospet Taluk; 80 young teachers and parents of the government primary school participated in cleaning the campus and the surrounding areas; the staff and the volunteers of the "Don Bosco Bidar" cleaned the BRIMS hospital, spreading messages for the protection of the environment among the people; the "Bosco Bangalore", "Bosco Nilaya", "Nivas" and "Bosco Life Skill Training Center" in Sumanahalli cleaned their areas; the children and the staff of the "Child Rights Club" organized an event in the streets to raise awareness and remove waste out of school.