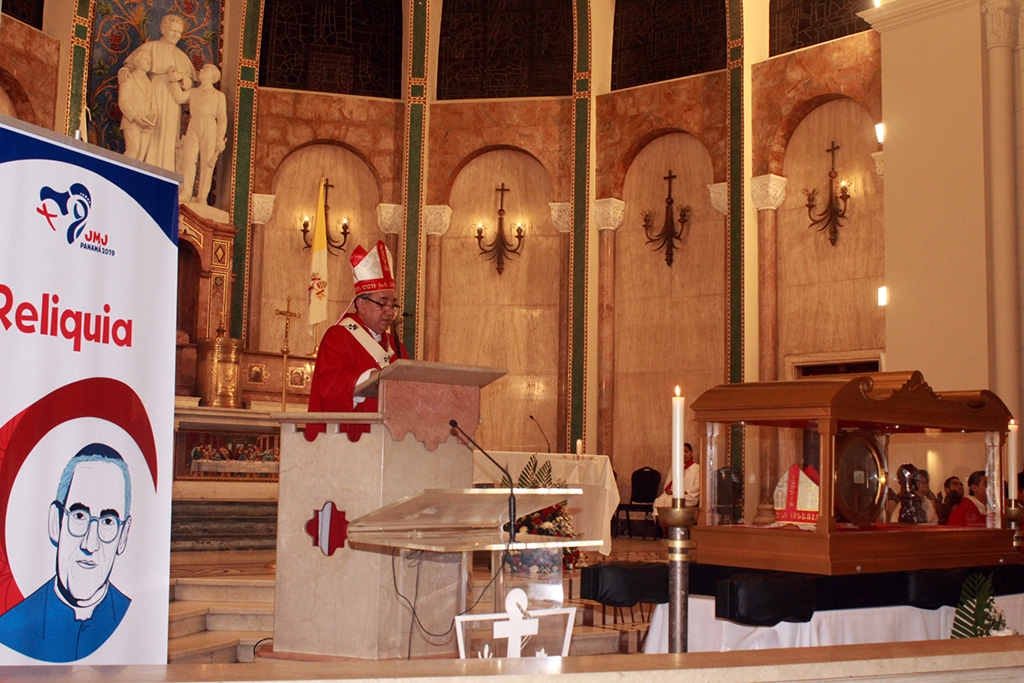 Panama City, Panama - October 2018 - On October 2 in the Basilica of Don Bosco came the relic of Blessed Óscar Arnulfo Romero, one of the patron saints of WYD, with a ceremony presided over by the archbishop of Panama, José Domingo Ulloa. Numerous faithful welcomed the reliquary containing a piece of cloth stained with the blood of the blessed when he was wounded to death, a bust and a replica of his mitre. The relic will remain in Panama until the World Youth Day which will take place in January 2019, and during this period will travel to various parts of the country. On October 14th, Pope Francis will proclaim saints Msgr. Romero and Pope Paul VI and with them two priests, two religious and a layman will also be canonized.