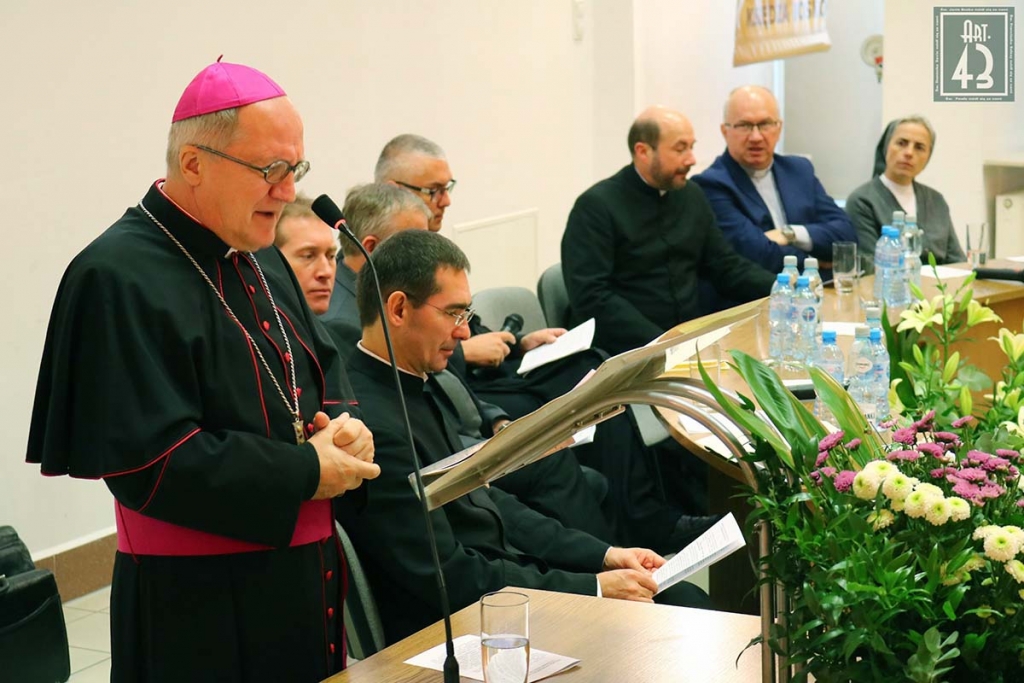 Krakow, Poland - October 2018 - On October 1, the inauguration ceremony of the academic-formative year of the Theologate of Krakow took place, attended by the
superiors of the Polish provinces, several FMA and Msgr. Enrico dal Covolo, Salesian, former Rector of the Lateran University, who presided at Mass. The inauguration of the 2018-2019 academic year, which took place in the context of the 100th anniversary of the presence of the Salesians in "Łosiówka" (Krakow Salesian Seminary), was also the occasion for the presentation of the "Mir" provincial prize. to two Salesian professors of the theologate community: Fr Jan Wilkołek, professor emeritus of Latin, and Fr Jan Krawiec, professor emeritus of Canon Law, for their great merits in the field of science, formation and historical work on Salesians in the Krakow Province (PLS). Then Fr Dariusz Kozłowski, Rector of the Seminary, presented the report regarding the last academic year, followed by the inaugural lecture by Msgr. Covolo on the theme "Theology as a challenge for the other sciences in a secularized Europe."