Hungary - A historical part of Provincial HQ returns to Salesians 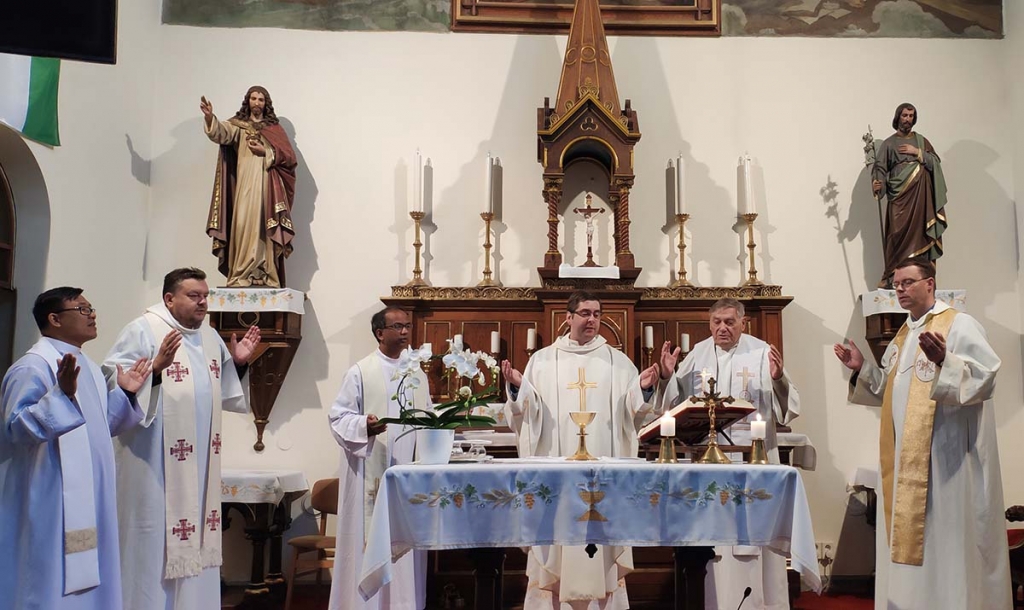 Budapest, Hungary - October 2018 - Part of the provincial house of the Salesians of Hungary (UNG), where Blessed Stephen Sandor lived, has returned into the possession of the spiritual Sons of Don Bosco. On October 1st, Mass was celebrated for the first time after 68 years by the Provincial of Hungary, Fr Béla Ábrahám, along with his council; at the end of the celebration there followed a meeting of the Provincial Council. Also participating was Fr. József Havasi who, as a Salesian aspirant, lived in the structure 70 years ago; later, during the period of communism he lived in Vienna; after the fall of the regime, he was UNG Provincial for 18 years, rebuilding the whole province from the ruins and welcoming the first missionaries of Europe.