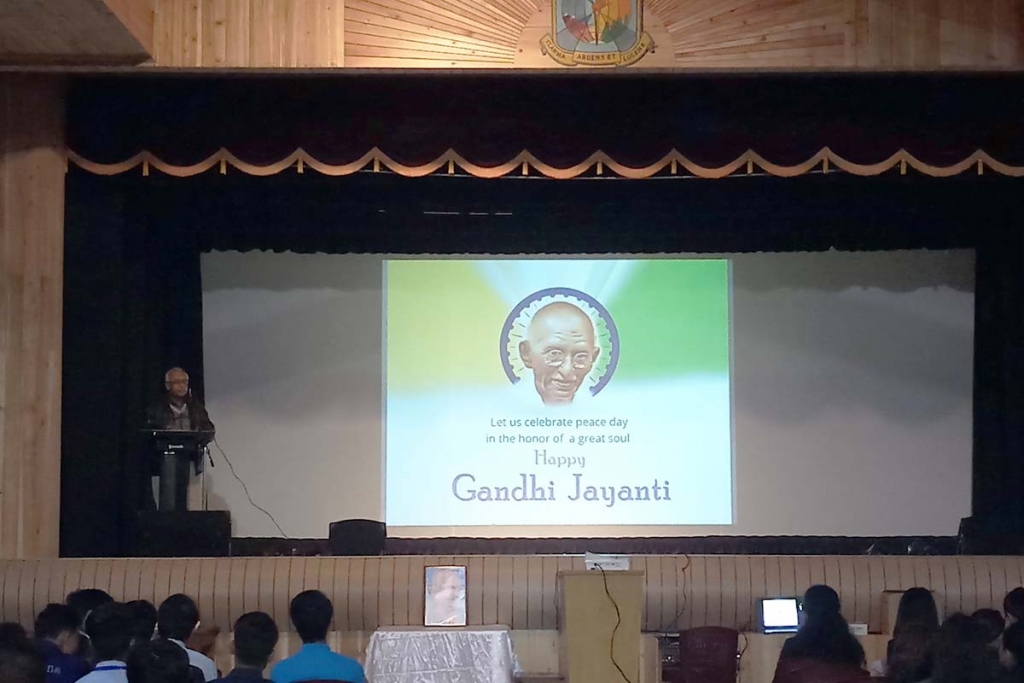 Kolkata, India - October 2018 - On October 2, at the Sonada Salesian College of Darjeeling, the national festival "Gandhi Jayanti" was celebrated to commemorate the birth of Mohandas Karamchand Gandhi. The activities began with the offering of the ceremonial scarf to the image of Gandhi and continued with the interventions of various teachers and students and a short film presentation of a hymn inspired by him. The Dean of the Institute concluded the celebrations by underlining the importance of the nonviolent movement arising from Gandhi, which inspired other people in the world such as Nelson Mandela in South Africa, Martin Luther King in the United States, and Lech Wałęsa in Poland.