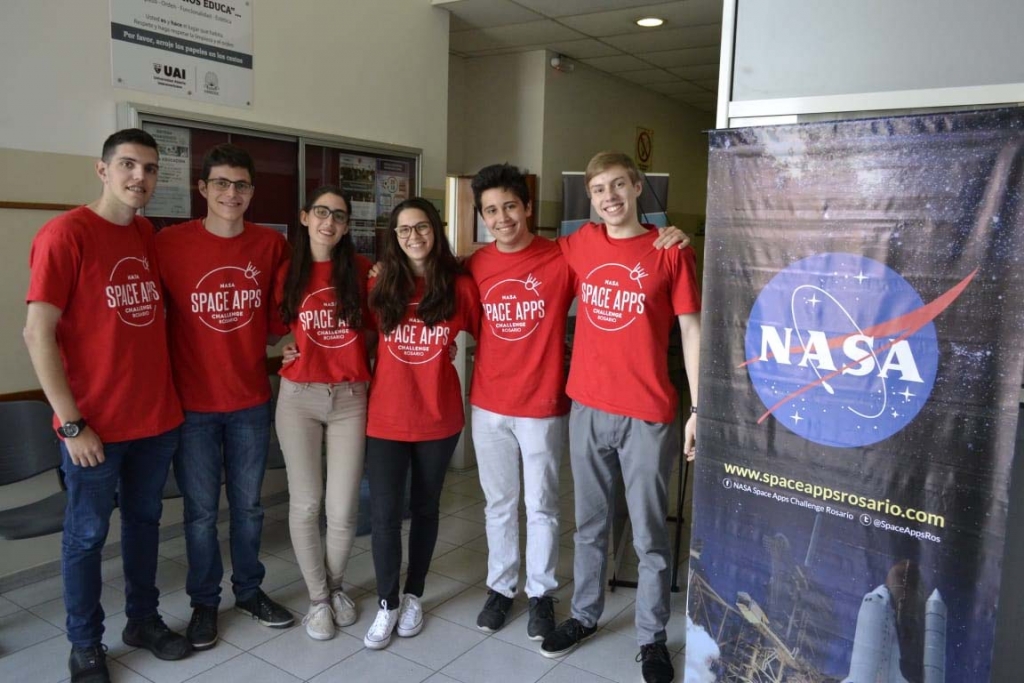 Rosario, Argentina - October 2018 - Among the members of the team that won the award for the most exciting project of the third edition of the "NASA Space Apps Challenge", held in Rosario, there are also three students of Electronics from the Salesian College "San José ": Guido Cicconi, Nahuel Colombo and Juan Tinazzo. The competition takes place on six challenges launched simultaneously by NASA in over 200 cities, which participants had to solve by creating software or hardware solutions. The three students of the Salesian College presented "DELTAMESH", a system that tries to maintain the physical integrity and psychology of astronauts on Mars, controlling vital functions and other relevant data to study how they are influenced by the environment.