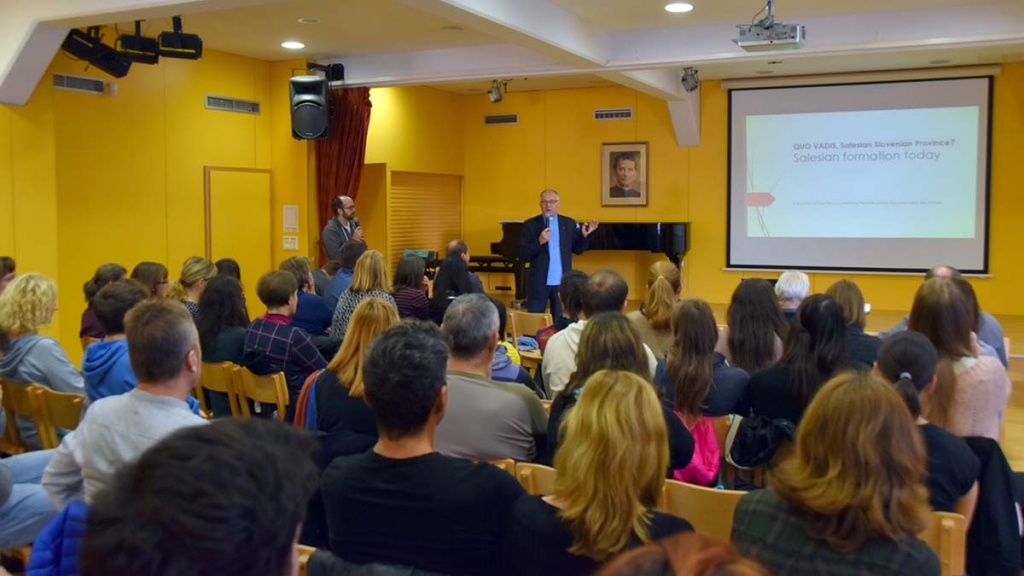 Ljubljana Rakovnik, Slovenia - November 2018 - On 10 November, the annual meeting of employees and collaborators working in Salesian houses and programs took place in the Rakovnik Motherhouse on the theme: "Sharing the mission between Salesians and laity". Present during the first part of the meeting was Fr. Tadeusz Rozmus, Councilor for the Central and Northern Europe Region, currently on a Extraordinary Visitation of the Province of Slovenia (SLO). He presented the structure of the Salesian organization to about eighty participants, and then continued to speak about the necessary and complementary role of the laity in the Salesian mission, presenting the documents of the Church and of the Salesian Congregation which deal with the involvement and co-responsibility of the laity in the charismatic mission of Don Bosco. In the second part of the meeting the participants, under the guidance of Matej Cepin, Salesian past pupil, dedicated themselves to personal work, comparing their personal and Salesian missions, and then, in small groups, shared their experiences. The written conclusions were received by Fr Peter Končan, Provincial Vicar of SLO, who assured the participants that the Salesians, on the basis of the contents received, will try to improve their collaboration.