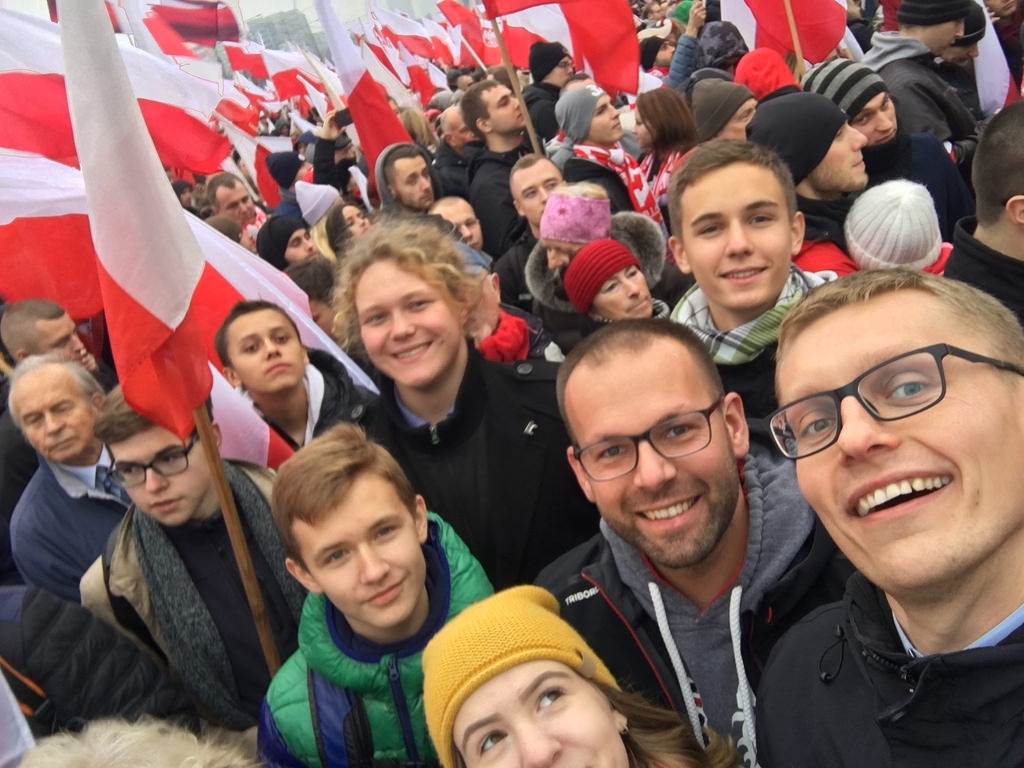 Bydgoszcz, Poland - November 2018 - On November 9, at the Salesian school "Collegium Salesianum", the celebrations for the 100th anniversary of the independence of Poland took place (11 November 1918). It all began with the prayer for the homeland, which was followed by the conference of prof. Sławomir Jóźwiak, of the University of Toruń, on the theme "Circumstances of the Constitution of the Second Republic of Poland", and the solemn Eucharist presided over by Fr Krzysztof Nestoruk, SDB, director of the school. After Mass everyone went to the school square, where they sang together the national anthem and the traditional "Rota" and also performed the dance "Polonez for Independence". On the exact day of the 100th anniversary of the independence of Poland, 11 November, a school representative went to Warsaw to take part in the national festivities.