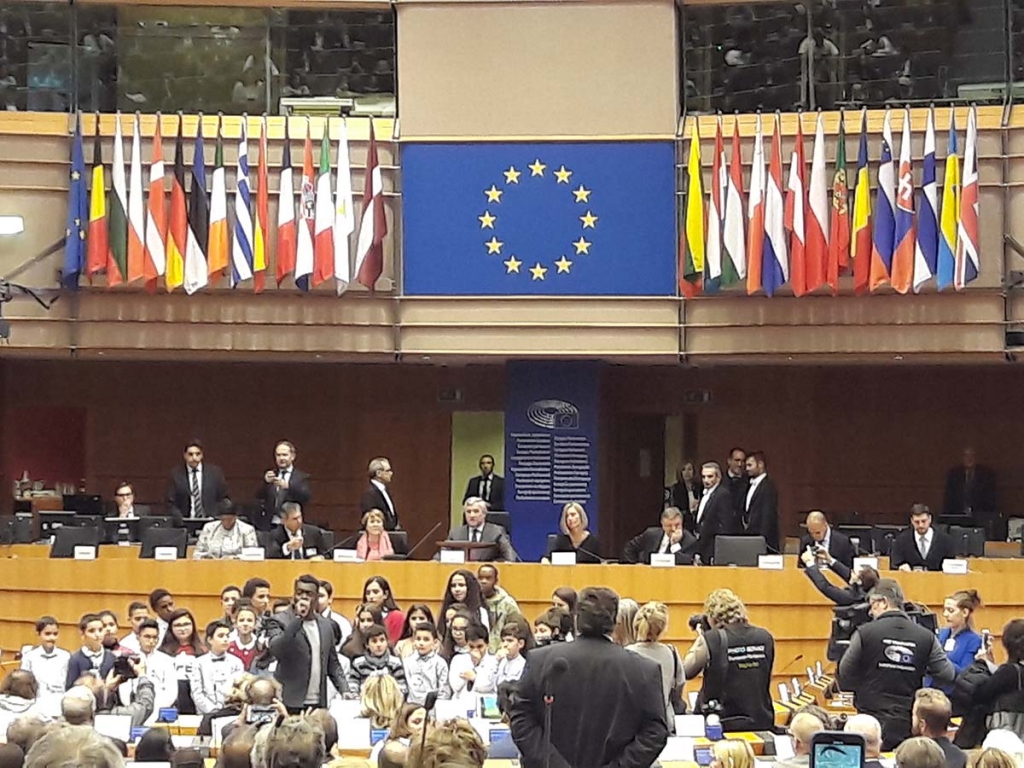 Brussels, Belgium - November 2018 - The promotion and protection of human rights is at the center of multilateralism, the central pillar of the United Nations system and a fundamental and founding value of the European Union. This year marks the 70th anniversary of the adoption of the Universal Declaration of Human Rights, which for the first time has defined a universal nucleus of human rights and fundamental freedoms. On 20 November it was an excellent occasion for the "Don Bosco International" to take part in several European meetings and events that celebrate the importance of human rights, and to celebrate the Univeral Children's Day and for the Salesians in Europe to express their commitment for the protection of children's rights in a concrete fashion. During the opening ceremony of a high-level conference hosted by the European Parliament, Antonio Tajani, President of the European Parliament, expressed his firm intention to work harder to protect the future of children and to defend young people's projects. At the same time, he thanked the European Non-Governmental Organizations Forum for their serious efforts in the fight against human rights violations.